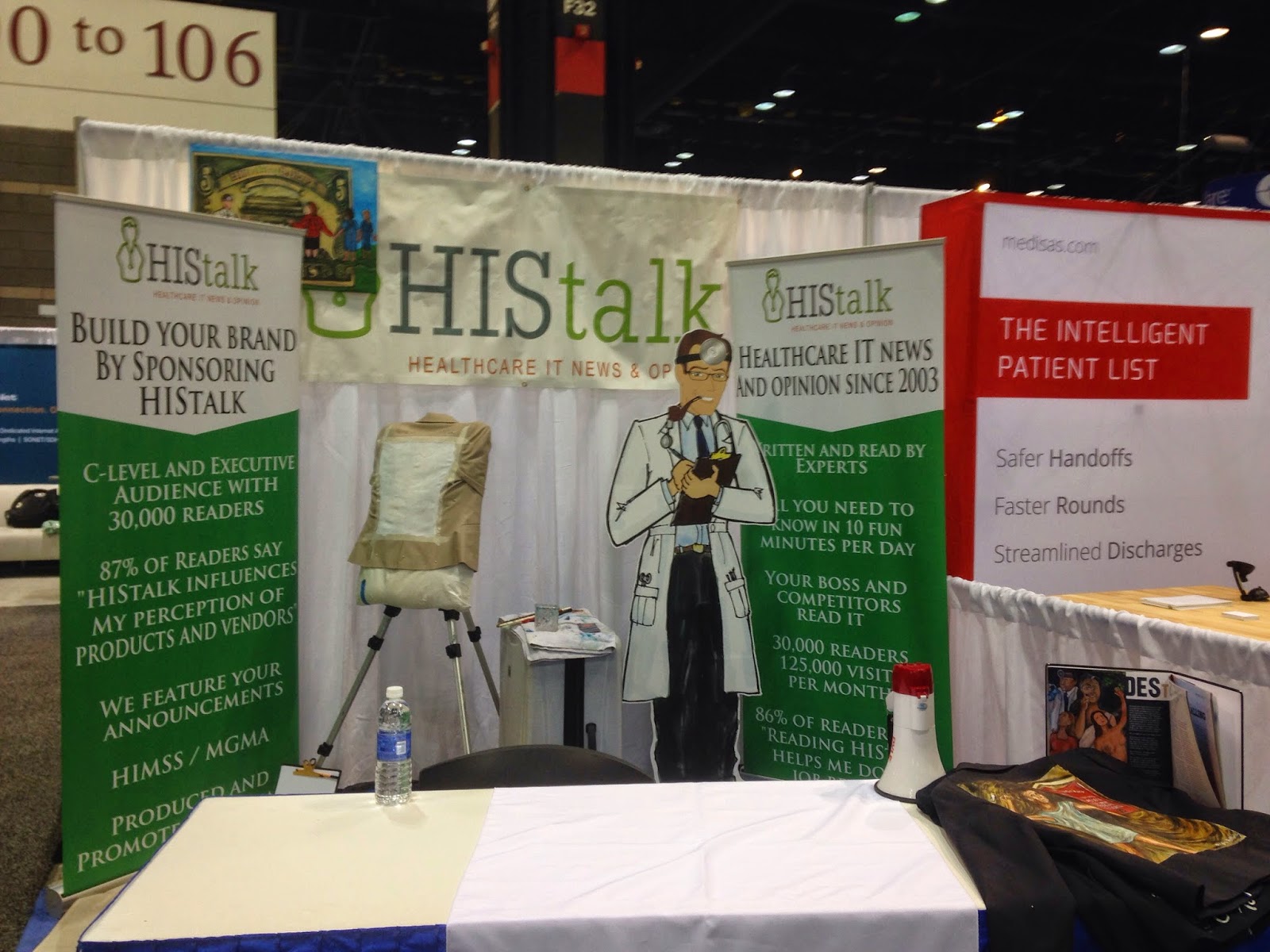 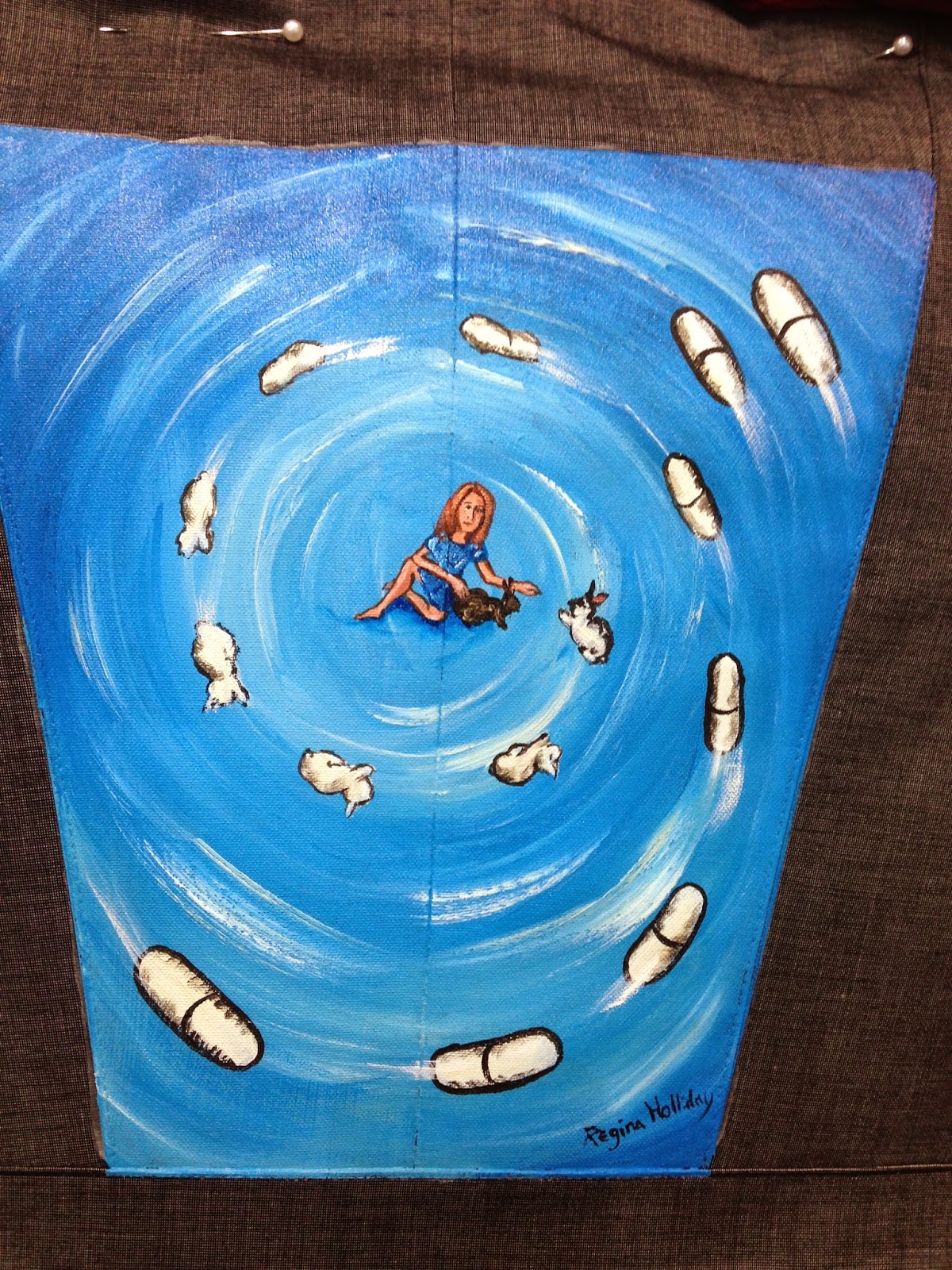 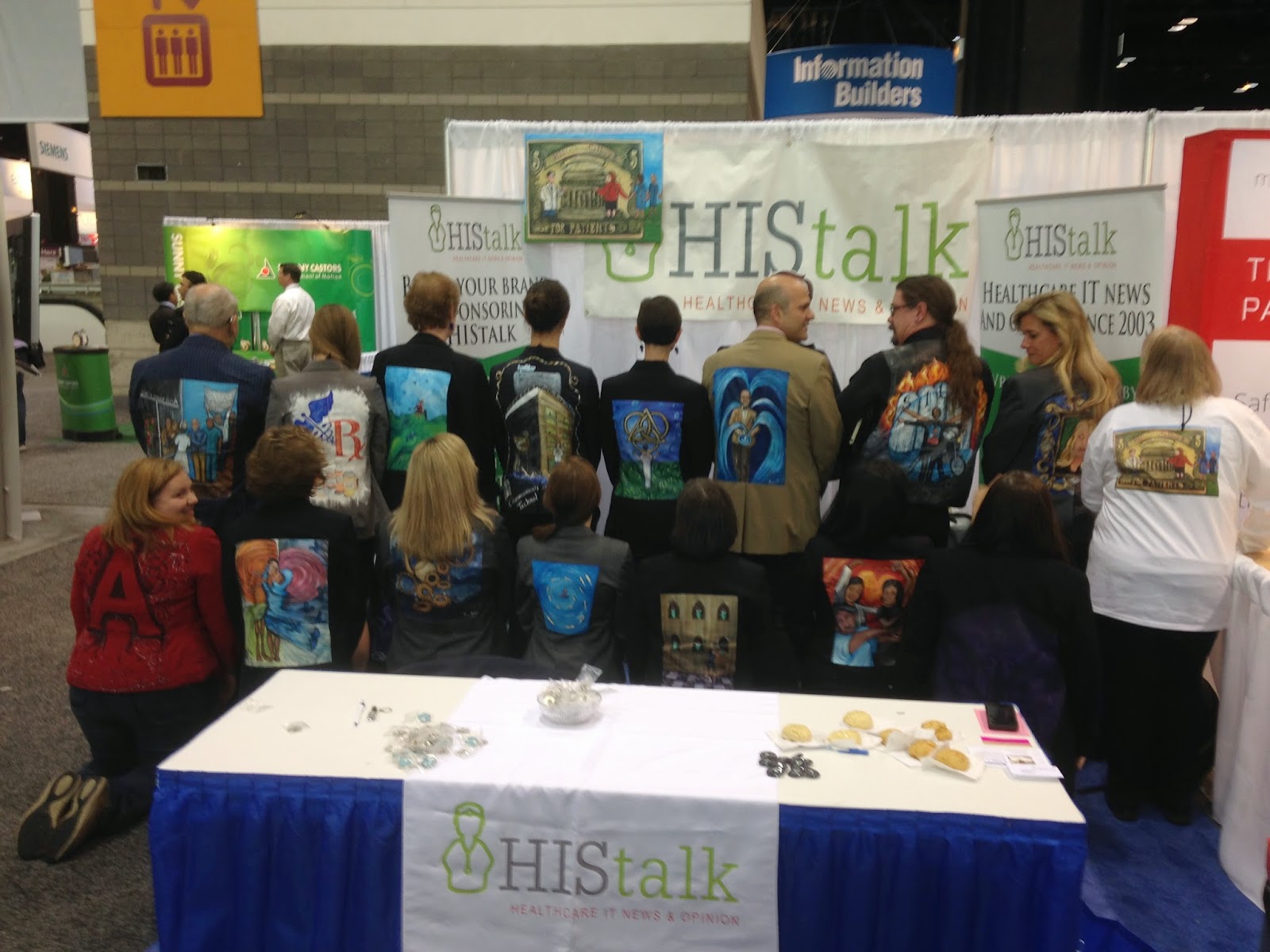 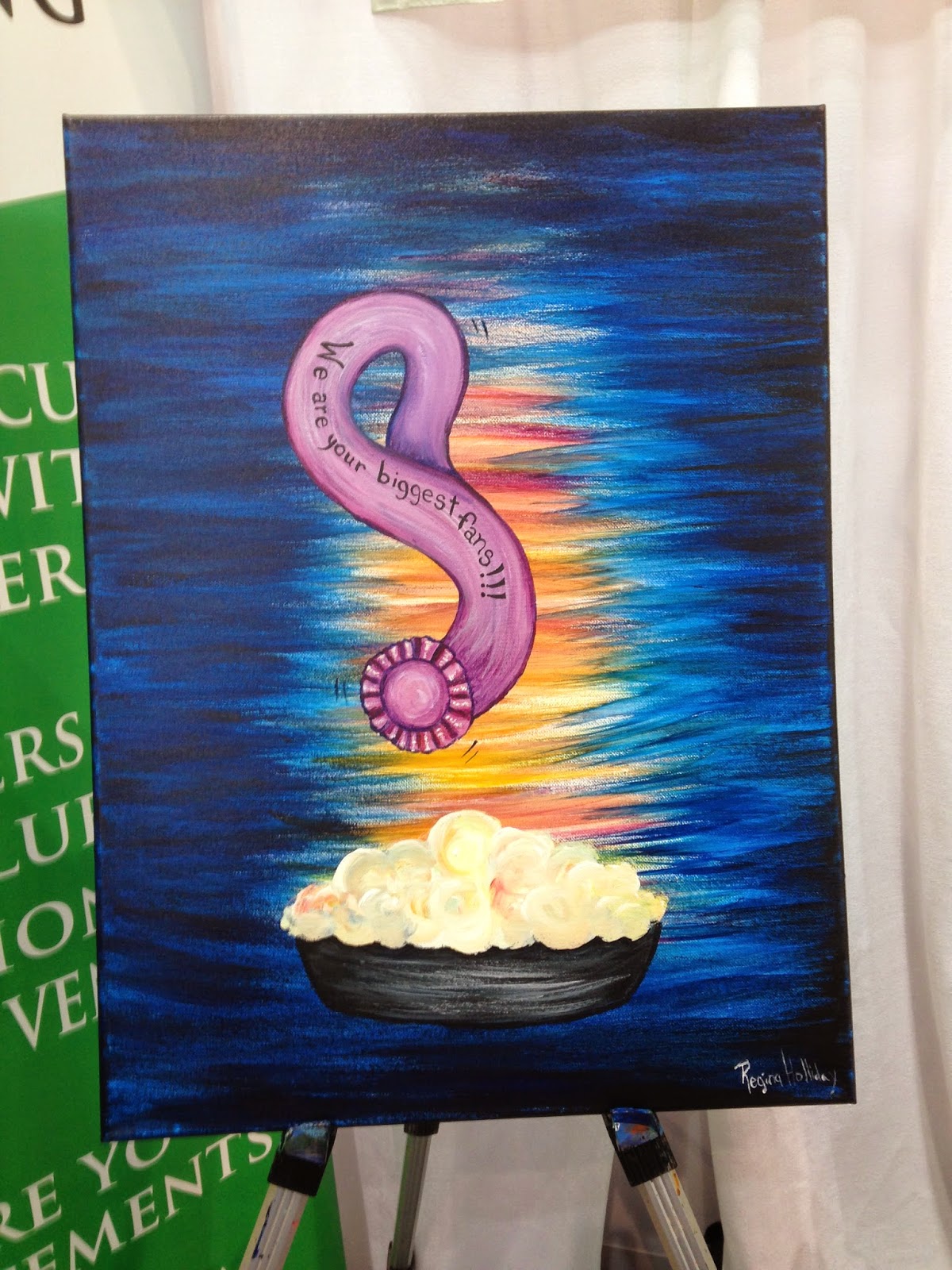 I’m not sure who is saying that phrase. Is it the hundreds of attendees that visited this nondescript booth in the hinterlands of the trade-show floor?  Or is it the staff of HIStalk who loves their readers and knows money invested in a fancy booth is money that is not spent on people, patients and parties where we all embrace each other.
Posted by Regina Holliday at 6:25 AM No comments: