What I know about Charles Denham

What I know about Charles Denham

In 2010 I wrote a post entitled: “Praying with Chuck Denham.” Yesterday evening before bedtime I began receiving emails from various leaders in the patient safety movement who read that post and knew of my work with Chuck.  They had questions about a January 9, 2014 article by Jonathan Stempel in Reuters stating:

“CareFusion Corp agreed to pay $40.1 million to settle a federal government lawsuit accusing it of paying kickbacks to boost sales of a pre-surgical skin treatment, and marketing the product for unapproved uses.

The accord announced on Thursday by the U.S. Department of Justice
resolves allegations that CareFusion violated the federal False Claims Act by paying $11.6 million to a doctor to promote its ChloraPrep product to healthcare providers.

That doctor, Charles Denham, received the kickbacks while serving as co-chair of the safe practices committee of the nonprofit National Quality Forum, which makes recommendations on healthcare practices, the Justice Department said.

"Corrupting the standard-setting process through kickbacks can affect the healthcare treatment choices that doctors and hospitals may make for patients," Stuart Delery, assistant attorney general for the Justice Department's civil division, said in a statement.

The lawsuit also claimed that CareFusion promoted ChloraPrep from September 2009 through August 2011 for unapproved uses.
The U.S. Food and Drug Administration had approved ChloraPrep to prepare patients' skin for surgery or injections. CareFusion said on Thursday that it set aside funds for the settlement in the first quarter of 2013.

Chief Executive Officer Kieran Gallahue said the San Diego-based company is pleased to settle, and has made "significant investments" to improve its quality and compliance practices, including in sales and marketing.

I spoke to Chuck a few minutes ago and he is working on a response statement based on the original legal document.  The document is quite large so he will address each point carefully and with complete respect.  That is all I can say right now about the article in Reuters. 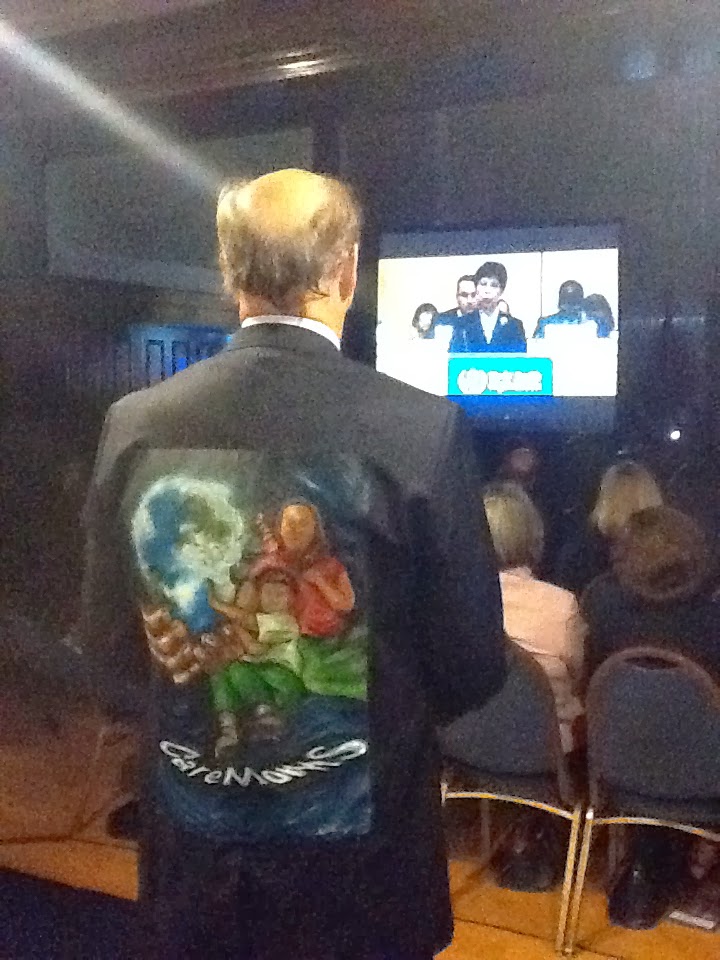 I can tell you what I know about Charles Denham.  He is a tireless advocate for patient safety.  He hosts regular patient safety calls on Saturday mornings with patients and has done so for years.  He films hour upon hour of patient safety video for his Discovery Channel documentaries in the hope that those films will reach the general public and alert them to the dangers of infection.  He drives his creative team team at TMIT (Texas Medical Institute of Technology) ever forward to more and more campaigns that address patient safety.  He helped create Speakerlink.org so patients would have some kind of platform to spread awareness of the power of patient speakers.

I was honored to work with the TMIT group as a paid fellow in 2011-2012.  That helped me pay my rent, support my family and my advocacy mission.  In the years hence I have participated in numerous unpaid webinars and conference calls in my support of the valid patient safety work of Chuck and his team at TMIT.

In the fall of 2012, I organized a conference called Partnership with Patients in Kansas City.  It was a great meeting of patients and partners from around the country focused on patient safety and data access.  I paid for that event through crowdfunding and my own personal income.

So to all of my dear patients friends and fellow advocates who attended that event and received travel scholarships, were we taking ‘kickbacks’ from Carefusion for our noble work?  I ask everyone in the patient safety movement to pause and consider Chuck’s stellar work within the movement.

In the meantime, I will be praying for Chuck Denham.
Posted by Regina Holliday at 6:49 AM