The Man Who Lived 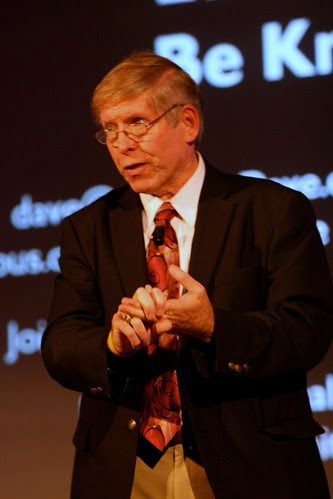 Before the real story begins, first we experience a tragedy. This is often the premise within children’s literature. First you have to kill or displace a parent, before Harry Potter, Percy Jackson, Taran of Prydain or Rosalind Penderwick can go on to their adventure. Their personal tragedy or crisis creates the impetus for the characters to act in a new way; therefore furthering the plot. Such crises induced action does not exist only in children’s literature; but instead, is a mainstay throughout our culture. Every day individuals must make critical medical decisions based on their of their disease. Patients must make choices on whether to seek second opinions after being confronted with a dire diagnosis. As Thomas Goetz states in the book The Decision Tree, in a chapter focusing on the results of a 2008 study on smoking and obesity, “ Whatever its form, a true crisis can serve as a catalyst for change, the researchers concluded, a mechanism that disrupts the course of normal life and arouses a reevaluation of identity. It puts meaning together with behavior change. A health crisis gives people permission to behave in a new way.” Patients and their families should become empowered in the decision making process as a result of experiencing a medical crisis, and thereby, choose a new and better life path.

ePatientDave used to be a regular guy with a regular name. He was born in 1950 and named Dave deBronkart Jr. He worked for many years in multiple industries before becoming a member of the IT movement in 1989. In January of 2007, he was diagnosed with metastasized renal cell carcinoma stage four. Most patients die within months of this diagnosis and there is a less than 5% survival rate for the two years following diagnosis. Dave, as an experienced Internet researcher, used every search engine at his disposal to research and help decide the treatment options for his disease. He and his collaborative physician decided on laparoscopic surgery and he participated in a clinical trial of high-dose interleukin-2. The dual treatment was successful and he is now cancer free. His whirlwind experience in trying to get the correct treatment within a short time window; informed his choice to take a new life path. Dave is now a public speaker and blogger on patient empowerment, participatory medicine and patients’ rights. At a recent ONC meeting, he was introduced before doctors, government officials and software designers as ePatientDave. He is known by a superhero name. His crises of medical care created a new name and a new life path for Dave in which he speaks out and helps others.

Just like Dave, Lisa Lindell was once a regular person. She worked in an office. She was a loving wife and mother. In March of 2003, everything changed. Her husband Curtis* was burned by an electrical fire. He was hospitalized in Texas at a major medical center. She experienced first hand the problems with patient care in the United States of America. Curtis was hospitalized for 108 Days. He suffered through skin grafts, fluid in his lungs and multiple infections. If Lisa had been unable to be a constant caregiver at his side, Curtis would have died. Lisa was a strong empowered caregiver throughout most of Curtis’s hospital stay and to this day helps the disabled Curtis with daily living. She routinely speaks on patient issues and hospital acquired infection. She wrote a book on her experiences caring for Cutis, and believes it is her duty to get the word out to as many people as possible. Her life was changed forever by her experience caring for her husband and she hopes to make the world a better place for patients and families.

*Name changed to protect the individual.

Trisha Torrey’s crisis, was the result of no crisis after all. Trisha had a biopsy on an unusual growth in June of 2004. The oncologist told her she had a diagnosis of a rare cancer called Subcutaneous Panniculitis-like T-cell Lymphoma (SPTCL.) It was a very lethal and aggressive cancer and he recommended immediate chemotherapy. Trisha was concerned because after researching her diagnosis; she did not have the other symptoms of so dire a disease. She said no to taking such a toxic treatment without a second opinion. Her doctor “fired” her for her decision, but Trisha was right- she did not have the disease. Her experience in “almost” having cancer made her decide to be an empowered patient speaker and blogger about patients’ rights. She wrote a book on the subject called You bet your life!: The 10 Mistakes Every Patient Makes. Trisha took a potential tragedy and turned it into an opportunity to help others.

So these three people, like many fabled heroes in a children’s tale, decided to take the worst thing that happened to them and turn it into the best of life-affirming choices. They decided to confront a patriarchal medical system and instead work toward a collaborative model. Just as Professor Dumbledore, told Harry Potter in Harry Potter and The Goblet of Fire, “Dark and Difficult times lie ahead. Soon we must face the choice between what is right and what is easy.” It might been easy for Dave, Lisa and Trisha to go back to their regular lives. It might be easy for patients to give up ownership of their own medical outcomes, but is it right? Each Patient and caregiver has within them the elements to make a hero. Dave, Lisa and Trisha faced their choices and because of that live empowered lives helping others. Darkness must come before the dawn in every life, as each hero creates a path towards their happy ending.

Posted by Regina Holliday at 6:36 PM