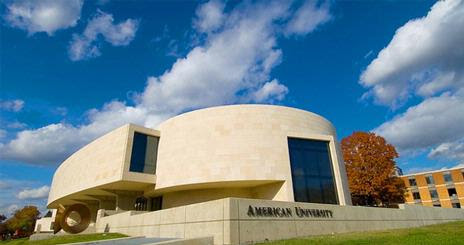 My husband, Fred, was a professor at American University for the school term of 2008-2009. He was so proud to get his dream job. He had gone to school for many years to achieve a Doctorate of Film Studies. He then was an adjunct at three different colleges for a few years. Finally, in the summer of 2008 he got the call. American University would hire him to work in a one year appointed position split between the Department of the Performing Arts and the Department of Literature. We were so happy. The fall semester went well, then spring came and Fred was in so much pain. He had trouble walking to class and sitting through his office hours. He had to grade his paper’s laying down, as his back hurt so much. I would ask him if I could help in anyway and he would say no. By late March the pain was so bad, we went to the hospital for additional tests. On March 27th 2010 Fred was told he had tumors throughout his abdomen. He would need to hand off his classes to another teacher. I offered to help put his class papers in order. This time he said yes. In the next two days I learned from Fred the hallmarks of a great teacher. I learned that life is defined by the work that we do and it is important to show up and do a good job.

The first task Fred assigned me was to clean out his desk in the office he shared with another professor. When Fred was first hired they told him they had commanded a department head in the Performing Arts Department that she would share her office with him. Fred was aghast that he would be invading her personal space. He was always gracious to her and kept his time in the office to just during required office hours. He tried not to clutter up her space with any of his personal things. He placed no pictures on his desk. I went over to American on a quiet Saturday. No one was in the building. I let myself in the door to his office. I had brought two bags with me. It did not take long to fill them with all the papers and attendance sheets for his performing arts classes. I closed the drawers and looked at his empty desk and cried. I did not have to clean out his desk in the Literature Department. They had no office space for him. He had used the department lounge for his office hours. He had had wonderful conversations with students there and other faculty members, but there was no space to break down. There was only the memory of him sitting there and laughing and talking about film. I completed the first task with a sense of longing and remorse; my eyes scanned the halls and said goodbye.

Fred assigned a second task; I was to gather up all the papers and emails from home. This was a far more complex task. Fred’s desk was a pile of papers. It was his tiny kingdom in our very small apartment. I was not supposed to touch his papers or straighten them. His filing system may have looked a mess but he had it organized in his own way. The time had come to violate his space and shut down his home office. I shuffled all of these piles of papers together and placed them in new bags. He also had messenger bags of papers separated by class and department under the desk. I gathered them up. I called him at the hospital and asked him, “Is there were anything else? “ “Yes,” he said. “You need to log on to my email and print out any late papers submitted through Blackboard.” I also printed out any emails explaining past absences. While searching for these missives, I read an email from a past student asking for a letter of recommendation. I called Fred again. He had already written the letter and told me how to find the file to print it out. I placed all of these copies in the bags of office detritus. I gathered the remnants of a life’s work and rolled them out of our living room in my shopping pushcart. I had completed task two; and left behind me a gaping wound masquerading as a clean desk in our living room.

Fred and I worked for hours on the last task of preparing all his papers and attendance in order to hand over his class to two other teachers. I stood beside him using the hospital tray as a desk. He would call out names from attendance sheets and I would make the tally mark. He told me after six absences the student’s grade would be affected. As I watched the tally marks grow, I began to root for certain students. I kept hoping I would not hear their name again. Time wore on and certain names had seven or eight absences marked. I became mad at those students. How dare they skip class? Why did they miss this opportunity to learn from this great teacher? He was slowly dying of cancer and he had come to class. What excuse could they have for seven absences? Finally we finished the tally. It was time to grade the late papers. Fred graded slowly and deliberately. When he got to the last paper, he turned his face to me. He said, “Reg, this is too well written for this student. Please take it to one of the hospital computers and type a line into Google.” I took the paper down the hall. I typed the first line into the Google search field. The hospital’s ethical mission statement barred me from the original site of the paper, but I could see it was a plagiarized paper. I went back and told Fred. He marked that fact on the paper and we placed it in the neat pile of papers that represented lives.

We had finished the job of a teacher. The piles of work awaited the new instructor. We sat in the twilight holding hands and proud of our accomplishment. Fred lived for 11 more weeks, but his life’s work ended that day. This was the last day he did his job, and he did a great job. He was proud and sad. He loved his students and missed them. I looked over at him with great love and respect. He had come to class even as he was dying. He agonized over his student’s attendance and tried to show them how to do their best. He showed us all in his final days how important it is to do your work and remember: do not get marked absent in the class of life.

Posted by Regina Holliday at 5:05 AM