Have you ever watched Phineas and Ferb?  It is a great family show on the Disney Channel.  The show centers upon the boy Phineas and his step-brother Ferb and the fun-filled days of their summer vacation.  In every episode Phineas and Ferb create some amazing mechanical construction in their backyard.  They have an older sister named Candace who tries to show their mother these secret impossible contraptions.  She always fails and the backyard is returned to its normal state by the end of the episode.

I was watching an episode with my five year-old today called Roller Coaster: the Musical.  In that episode the boys build a gigantic rollercoaster in the backyard while performing a great deal of singing and dancing. Early in the episode Ferb delivered a line about singing in relation to roller coaster construction that caught my attention.
Well, just the fact that Ferb delivered a line caught my attention.  Ferb is not as taciturn as the pop culture icon Silent Bob, but for the most part Phineas does all the talking.
Today’s verbal exchange was very interesting in light of a project called Speakerlink.org I have been working on these past many months:
Ferb: Hmm, what assurance would we have that everyone else will also break into song and do the same thing?
Phineas:  I don’t know, I think they probably will.
Ferb: Fair enough, I’m in.
Phineas and Ferb were building a roller coaster. And I am glad the two characters were willing to try to create such an intricate construction even if they were somewhat concerned they might fail.  I am glad the very analytical Ferb was willing to leave his comfort zone and without any quantitative data to support his decision.  But the problem with roller coasters and the plot of every episode of Phineas and Ferb, is that in the end you end up where you began.
It would have been much better if they had built a bridge.  Bridges may not be as exciting as roller coasters but they take you down the path.  They create a link for communication and you most definitely end up in a new place.
How are bridges built? 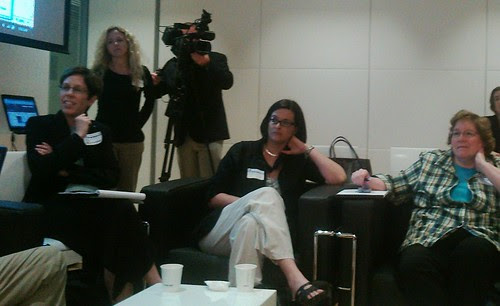 We began talking about a patient speaker’s site at HealthCamp DC on June 8th 2011.  A core group of healthcare advocates met in a breakout session.  Trisha Torrey, Matthew Browning, Whitney Zatzkin, Carol Torgan, Cindy Throop, Laura Slayton and Chuck Denham were just a few of the advocates in the
On August 19th, Trisha Torrey and I flew to California to present a webinar with Chuck Denham and the folks from TMIT about the concept. There we live-tweeted and spoke for over an hour about the benefits of patient speakers.
And whilst we spoke of the power of patient speakers Trisha wore a painting on her back.  She wore this painting: 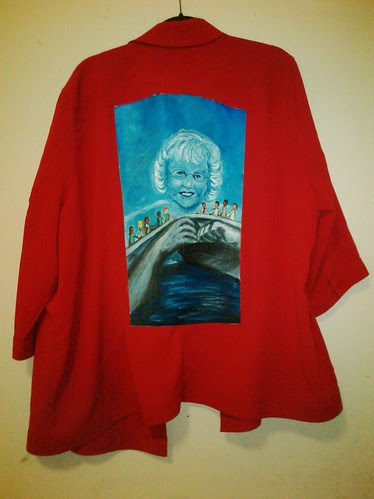 I can think of no better picture to represent what SpeakerLink.org is trying to accomplish.  Here is the place where the provider can meet the patient; here is a place where positive change begins. 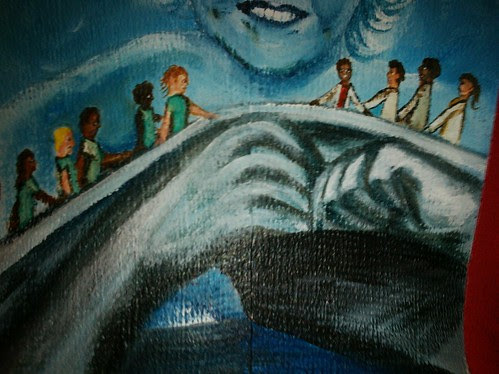 Since August we have been promoting the Speakerlink.org within our social media circles.  For the past two weeks we have been inviting people to fill out profiles before we announce this amazing resource on the stage at a CMS event Called Quality Net 2011 in Baltimore MD on December 15th.
There are currently 61 speakers on speakerlink.org. They hail from 25 states.  17 are also members of the Walking Gallery.  They are doctors, patients, tech gurus, nurses, authors and advocates.  All of them agreed to sign up and speak out, many for the first time about their patient stories. I wondered if any paused before making their profile public and wondered who would agree to “sing” with them.  There is a certain safety in staying quiet.  Perhaps one would look the fool upon the stage if they said the wrong word and could not understand the culture of the watching crowd.  There is bravery in being willing to speak.
And I thank these speakers for stepping forward.
Dan Ford — Oro Valley, AZ


Brian Ahier — The Dalles, OR


Posted by Regina Holliday at 8:49 PM