I went to Vacation Bible School every summer of my youth.  We called it VBS and I think it was the first acronym I ever used.  I attended many VBS programs, each lasting a week, but my favorite one was at Immanuel Lutheran Church in Breckenridge, Oklahoma.  Breckenridge is a very small town surrounded by miles and miles of red dirt farms.  Most of the roads are gravel and the population has stayed right around 250 since 1970.

I loved this little Church and I loved the kind Pastor with his gentle voice.  His name was Pastor Kjergaard.  He wore his clothes nicely pressed and often wore a sweater that reminded me of Mr. Rogers from PBS.  Every year he would address all the children in the Church who had left backyards and toys to sit upon a pew on a summer day.

Each year he would open a large picture folio and tell us the story of the hen.  I would settle into my pew as Pastor recited a story he had told since the 1950’s using a book from the same time. I loved the vivid Technicolor perfection of each large illustration.  He told us about the Farmer who took care of the farm and the kind mother hen who lived there.  He showed us panels of her proudly walking with her chicks around her whilst pecking at the food.

Then he showed a picture of the hen house catching fire.  Then my eyes would well with tears as I thought of the pain the hen must endure.  All the children would sit in rapt attention as they waited for Pastor to tell us the fate of the little loyal hen.

The next day the farmer found her.  Her feathers burnt, she lay slouched over on the ground.  He gingerly pushed at her and was amazed to find all of her chicks still alive beneath her scorched body.   She lay her life down to save them.

The children in my pew would sniffle and press their hands quickly against tearing eyes.  Then Pastor would thank us each for coming and remind us every day to please bring one more friend tomorrow.  He would ask, “Could you each just bring one more?  Bring just one more to celebrate with us.” Each day they did.  A child who only attended one day was as welcome as a child who attended all five.  Pastor never worried about whether we would have enough food or lesson sheets to share.  It was more important to make sure everyone was included.  Money could be stretched if needed, it was most important to welcome everyone to the table.

In town of only 260 people we would routinely have 60-70 children in by the end of the week.

I am very familiar with the goals of Partnership for Patients as I attended the Kick off meeting almost a year ago.  I was invited to attend at the last minute and in a room filled with members of private enterprise, providers and CMS folks. I was the only self-defined patient in the room.  I even painted that day. The painting was a re-visioning of their logo and title.  It was called “Partnership with Patients.” 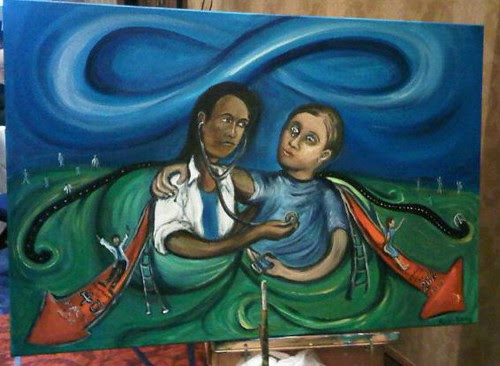 That meeting was a beautiful moment in time; many who attended it called it an “altar call.”  Organizations and businesses raised their hands proudly, volunteering to do all they could to reduce hospital acquired conditions and hospital readmissions.   In the months after, HEN’s became active and strategies began align.

I raised my hand to that day and was told patients would be contacted at a later date.  The months rolled by and I learned that Partnership for Patients was still having meetings but I knew of no patient involved in these discussions.  Finally, on April 26 2012, I received emails from those organizing the PFE (Patient and Family Engagement Network.) I had 24 hours to complete a rather complex form to be considered for the committee that would meet on May 22nd and 23rd in Washington, DC.  I then received emails from other prominent advocates who had this short notice as well.  Then we forwarded this information to advocates across the nation.  Many stayed up late into the night to turn in their applications.

Then on May 9th this email came to me and to other advocates who look like this: 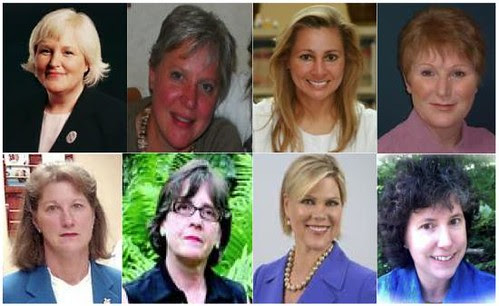 Unfortunately, as a result of continuing efforts to reducing spending on travel for federal government meetings, the in-person meeting of the PfP Hospital Engagement Networks (HENs) and the PFE Network has been cancelled. However, creating a collaborative forum for patient and family advocates to provide input and serve as catalysts for action through the PFE Network is still a very high priority for PfP.

We hope that you will be able to join us on May 22nd from 2:00 – 4:00 PM Eastern for an interactive webinar with a small group of patient advocate leaders in place of a PFE Network in-person meeting.  We are refining our agenda right now in light of the change from a larger meeting, but this would be a very important opportunity for us to hear directly from a small group of leaders such as yourself about best practices in patient and family engagement, share plans for collaborative efforts with HEN hospital leaders and discuss ways a PFE Network could support raising awareness and action on patient safety issues.

And then on May 9th this email came to advocate who looks like this: 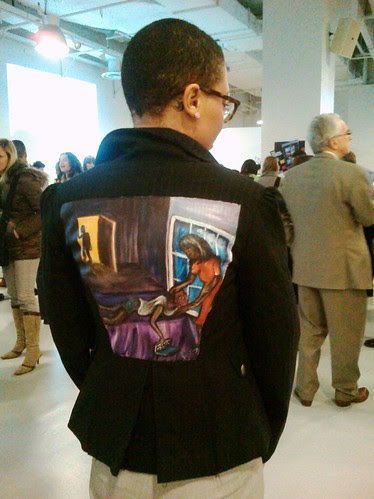 Unfortunately, as a result of continuing efforts to reducing spending on travel for federal government meetings, the in-person meeting of the PfP Hospital Engagement Networks (HENs) and the PFE Network has been cancelled.  However, creating a collaborative forum for patient and family advocates to provide input and serve as catalysts for action through the PFE Network is still a very high priority for PfP and in the future there will be other opportunities for you to take part in Network activities, webinars and trainings.  Your insights, personal passion and voice as a patient or caregiver leader are very important to the Partnership for Patients.

There was no invitation to attend via webinar.

Kathleen Siedecki, US director of Global and Public Health from Weber Shandwick a public relations company, managed the webinar in conjunction with Elizabeth Stinson from Public Affairs/Communications from Powell Tate, a division of Weber Shandwick.

And when I say managed, I mean managed.  We were paired with advocates we were supposed to talk to before the event to build collaboration. I suggested we communicate openly prior to the call using email or social media, like Facebook or Twitter. This was discouraged. I asked to live tweet the call using a hashtag so as to include voices left out of the conversation. I was told no.


I tweeted anyway using the hashtag for patient safety.

I was told that this webinar would be about collaboration. For the first ten minutes of the call, I and another advocate were left on hold.  When we finally got in, the call was filled with power point lectures about HENS and the Partnership for Patients origin and goals.

The webinar was scheduled from 2:00 to 4:00 pm.  At around 2:40 to 2:50 pm Patients were allowed a few minutes to speak.  But were reminded throughout that we only had a few minutes.  Then the call went back to power points. The common theme within these power point lectures was that patients were complaining they had no voice, oh the monstrous irony!  They briefly showed a two-minute video of my data advocacy work. Then the lecture continued.

At around 3:30pm when it was pretty clear there was to be no open collaboration in this call, I blew a gasket and told them what I thought.

“Had anyone even apologized for this meeting involving patients occurring almost 1 year after the kick off session? You might have done that in the first ten minute while you kept me on hold.  In a call that is supposed to be a collaboration of patients, you have let us speak all of 15 minutes and I am including my video interview into that amount of time.  There are people on this call feeling marginalized and managed, and I know that because I am getting email messages from them right now.  You want to know how to engage with us?  Grab the domain name Partnership With Patients right now, I just checked it is available.”

With that the dam broke and everyone talked in turn about their very valid concerns.  The agenda was overturned and the call ended with open communication.

We ask you to bring your friends.  It does not matter if you have been working in this field for years or if you just began to today. We welcome you. We will not exclude because of worries that we may not have enough supplies to share or funding for travel.

Those managing this call forgot something.  They forgot the worse thing they could do is remind us we only have ten minutes of their valuable time.  I have heard this before.  I heard it at the worst moment in my life just like many advocates on this call.

So there are HENS.  What is that old saying?  Birds of a feather flock together.  Do you know what that means?  It means some birds’ feathers are in disarray because they have been hen-pecked.  It creates a caste system within the group.  And some of us unite behind charred and blackened feathers. We unite behind pain and those who have died for this cause.  Someone forgot tell these folks there is a new bird in town, it's blue and it tends to tweet a lot.  So we can no longer be divided by castes in safe little silos, now our thoughts fly.

We will work on our Partnership With Patients Campaign, I invite you to join us.  We will create a PEN, a Patient Engagement Network, for we are all patients in the end.  We all deserve dignity and respect.

And a PEN is really good at writing about injustice and then telling the whole world.


Update:  I am inviting the PR team behind this call to attend HealthcampDC during Health Innovation Week to get an immersion in the wonderful collaborative method of an un-conference.


Also, I am trying to see if we can assemble during Health Innovation week as so many patient advocates will be in town June 3-June 8.  I will keep you posted.
Posted by Regina Holliday at 8:30 AM

Email ThisBlogThis!Share to TwitterShare to FacebookShare to Pinterest
Labels: Partnership For Patients