We love our Mac computer.  After several years suffering through viruses and horrid lag times, we purchased a Mac computer in March of 2009.  My husband Fred and our son Freddie loved it and immediately tried out the photo booth function.  Fred thought it was wonderful.  And one of the greatest tragedies of his illness was the fact that he only got to use his new Mac for 14 days before he was hospitalized. 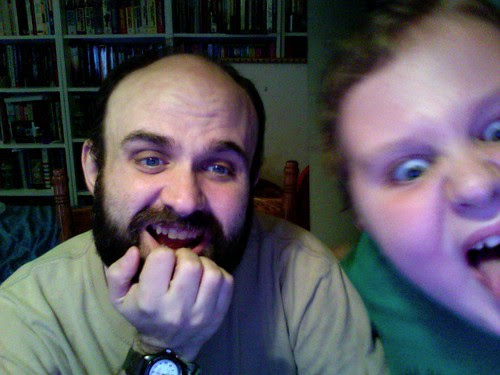 For the past two years the Mac has patiently endured constant use by either Freddie or I.  And we research arcane topic after arcane topic… and sometimes our topics crash into each other and provide enlightenment for us both.
Is “HAI” a Hospital Acquired Infection?  Or is it Japanese for yes? Or is it lolcat for hello?
Is Portal a video game that was released in 2007?  Or is it the preferred method for patient access to the Electronic Health Record?
And is the IOM Report: To Err is Human published in November of 1999 an “old meme?”
Perhaps a definition is in order… Old meme is defined by http://ohinternet.com as: “An old meme is any expression or idea that has outlived its ability to be funny, or has become so overused that its use is frowned upon. Old memes are used by moms who just found Hamster Dance yesterday, Cheezburger Network sites, YouTube users who don't know when a joke has overstayed its welcome and /b/tards who just don't know when to quit using all your base.”
Sometimes the term the IOM report and a reference to its content are used so much in patient safety conversations, that the reference loses the original impact and meaning it had upon it the health community.   I explained the content of the report to my 12-year-old Freddie and he decided to be a Walker in The Walking Gallery.
Freddie decided to stir things up a bit.  He thought there was a perfect pop culture analogy to the IOM Report.
Death Note. 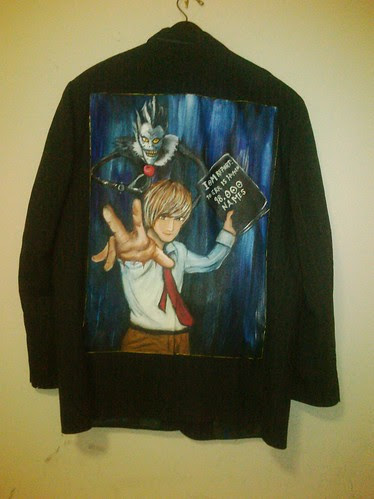 Death Note (デスノート Desu Nōto?) is a manga series created by writer Tsugumi Ohba and manga artist Takeshi Obata. The main character is Light Yagami, a high school student who discovers a supernatural notebook, the "Death Note", dropped on Earth by a god of death named Ryuk. The Death Note grants its user the ability to kill anyone whose name and face they know, by writing the name in the notebook while picturing his or her face.  –Wikipedia
Freddie thought this would be a powerful statement.  98,000 names, 98,000 people dying every year from preventable medical errors, and are people marching in the street about it?  No.  It has become an old and well-worm meme in the world of patient advocacy.  Say “over 9000,” or any other arbitrary high number, in reference to medical error and death, and watch eyes glaze over and minds refuse to comprehend the level of tragedy.
This is why the individual story is so important.  I can speak of my Fred, Valarie Barnes can speak of her Justin, and Ted Smith can speak of his Mother.  Those single stories can help people to self identify. Freddie can speak of a fictional character like Light and explain the anguish a character feels when death is only a name away.  Sometimes he won’t even have to speak.  He can just walk by, and a Death Note fan will understand the powerful danger of being a name in that book.
David Hale saw this jacket a week ago.  His mouth dropped open and his eyes opened wide.  This jacket was geeky chic, powerful and cool.  And that combination can affect people.
Do old memes really matter?  I think they do.  I think there are a lot of Mom’s who are still discovering dramatic chipmunk or finding out about the dangers of MRSA. Last night, Freddie was looking up another old meme: “Chuck Norris” and this is the result of that Google search.

We laughed aloud.  Freddie promptly typed in “Rick Roll” in the Google search field.  Within moments our apartment filled with the melodic tones of Rick Astley singing, “Never Gonna Give You Up.”
We had just been “Rick Rolled” by Google.
We laughed again.  Freddie and I both agreed we love Google.  We love that that they play with the form and recognize the power of memes.  I also love that when the health staff at Google realized people were using their search engine to find the number for poison control during an emergency, they changed their search page.  They placed the 1-800 number for poison control first on the landing page, not buried within the search results.  They did so with a striking visual: a red emergency phone icon. 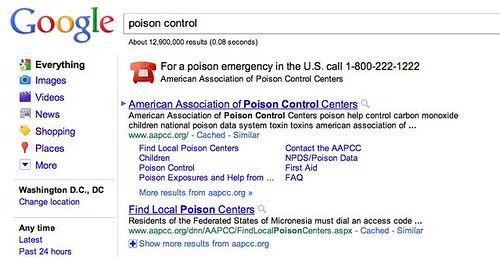 I hope Freddie can do the same for the IOM report during The Walking Gallery.  I hope he can be that striking visual that redirects the searcher to the right information, and in so doing, saves lives. 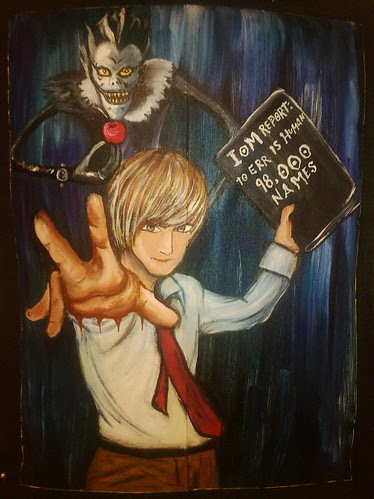 Posted by Regina Holliday at 10:12 PM