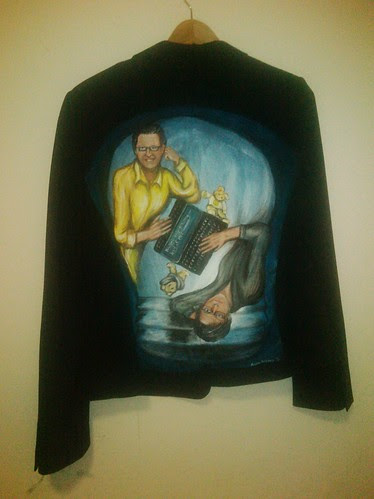 The other day I got a call from Cindy Throop.  She had decided on the patient story for her jacket.  She was coming out of the closet about suffering from depression.   For 20 years she has suffered from the effects of depression, and now she has decided to let others know.  Mental illness is still a no man’s land for many of us advocates.  Oh, you can talk about cancer and dying.  You can even talk about unhygienic beside tray tables.  But there is a feeling of “Shh, we don’t talk about mental health.  It is verboten.”  What if we lost our job?   What if we could never get health insurance because we admitted to depression?

I once went without health insurance for three years, because I was too scared to admit I had been depressed. 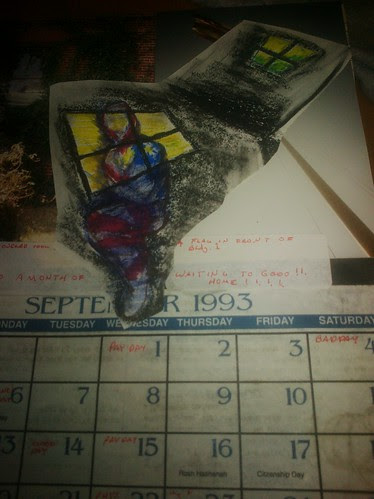 In 1993, I was 21 years old and in Navy technical school.  I was suffering from situational depression.  It was really bad.  I missed Fred and my family.  I was bunking alone in a strange city.  I knew almost no one in Chicago.  I was spiraling into sadness.  During this dark time, I was admitted into the Naval hospital for psychiatric treatment.  I didn’t take drugs for depression.  I just talked with the counselors, and I drew. I find art to be an amazing form of medication. 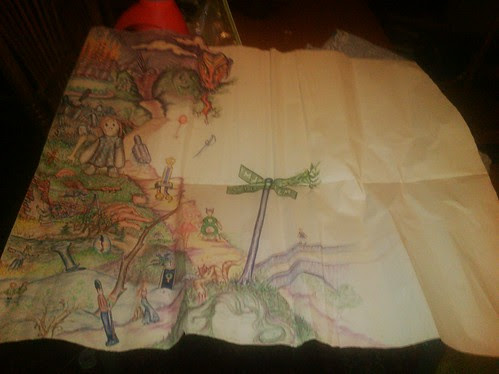 I began a very large pencil drawing.  The staff said it was a nice picture, but why the really big empty space?  I explained that it was my life story, and my life was far from over.  I think that was the right answer, because I was soon released.
A year later I was hired at Child’s Play, a toy store in Washington, DC.  Within a few months, they gave me a form to fill out for insurance.  I read the questions on it.  “Were you hospitalized in the last five years? And if so where and for what reason?“  I was terrified and embarrassed.  I knew I could not fill out that form and turn it in.  I told my boss I was turning down the insurance.  He looked at me quizzically,  “You understand that we pay for it, it won’t come out of your salary.”  I still shook my head no.  He continued, “If you don’t come aboard now you will not be eligible for another year…” I still said no, I did not want it.  He walked away shaking his head.  In 1995, 1996, and 1997 I would be given the form again.  Each time I would turn down the insurance after reading, “Were you hospitalized in the last five years…”
I met Cindy a little less than two years ago.  She is part of my health 2.0 Ka-tet.  I met her at the same meeting at which I was introduced to Ted Eytan and Susannah Fox.   We hit it off almost immediately since we had so many things in common.  She is now one of the emergency contact people for my children, and she created my advocacy time line on open health.  She is funny and kind and often brings a little stuffed animal to events called Throop Cat. 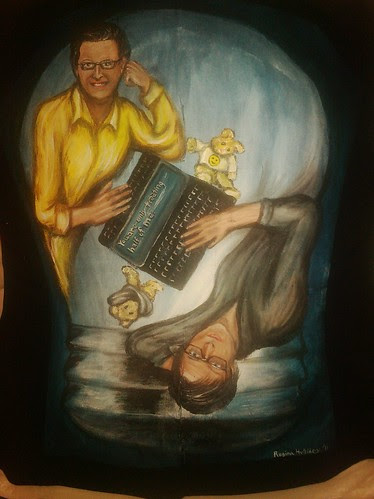 In this painting there are two Cindy’s.  They are framed within the shape of an unlit bulb.  The Cindy in yellow is happy and joyous beside her is a Throop cat dressed in a small shirt with a happy face upon it. 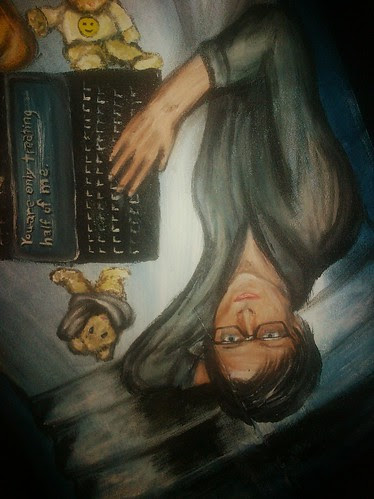 Below this Cindy is another dressed in gray.  This Cindy is stern and sad.  She types upon a laptop the words “You are only treating half of me.”  Beside her is Throop Cat again --but this time in a straitjacket.
You see, those of us who follow Health Information technology and Meaningful Use are concerned about information access related to mental health.  I first heard speeches about this issue almost two years ago at my first Alliance for Health Reform meeting. The Alliance for Health Reform is a nonpartisan, nonprofit group; it doesn’t lobby or take positions on legislation.  But it does create excellent panels of speakers discussing very important topics within healthcare.  (They also provide box lunches.)  I registered for the event Healing Mind and Body: Behavioral Health and Reform on Friday, July 17, 12:15 PM to 2:00 at The Columbus Club, Union Station. The focus of talk wandered into a topic area I was very interested in EMR (Electronic Medical Record) access.  And unlike many of the groups I listen to, this room was deeply fractured on patient access.  We were talking about record access within the world of mental health.  And in this venue, even having a medical doctor access the same EMR as the mental health provider was controversial; forget about letting the patient have access to the information.
I stood up to ask a question in the Q&A session at the end.  I asked about my husband's case.  Could Fred have lived if our system was designed to treat the mind and the body?  Would he still be alive today if psychiatrists required full physicals and accessed that information?  Would he still be playing with his sons if he had been treated as a whole patient?
In the spring of 2008, Fred and I saw a psychiatrist every week from late January until May.  Fred had been very depressed, fatigued and was losing weight.  Our son had just been diagnosed with Autism, and he had taken that rather hard.  Fred was also very sad that although he had been an adjunct for years, he could not find a full time job.  The psychiatrist was an incredibly nice man who saw us even though Fred did not have insurance and we would have to pay out of pocket.  We talked through our problems, and it seemed to help Fred’s emotional state.  That summer Fred was hired at American, and that helped raise his spirits considerably.
In the fall of 2008, Fred was very tired and became sad again.  He said, “Reggie, I don’t understand.  I have the job I always wanted.  Why don’t I have energy?”  In January, the pain began.  In the following weeks, Fred would visit two emergency rooms and visit his doctor over a half a dozen times.  He would get pain meds but no diagnosis.   Finally, in mid-March, after the second fruitless ER visit, I would go with Fred to his doctor.  I would see that they didn’t weigh him.  When we appeared before the doctor, she would ask for the first time, “Mr. Holliday, do you think you are depressed?”  Fred looked at her incredulously. Now, perhaps this was code for “Is this all in your head?”  But I answered, “Of course he is depressed, he is in constant excruciating pain.” 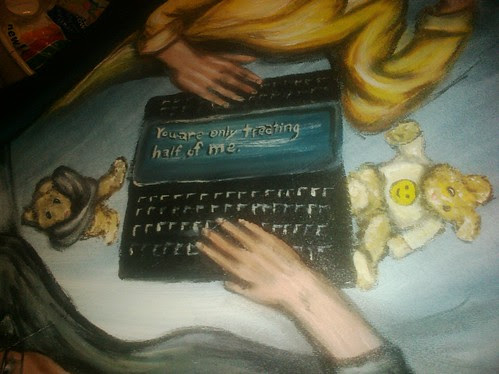 I was frustrated such a question was asked in such a way so late in the game.  My dismay continued in hospital after hospital setting.  Fred’s condition worsened, and pain both physical and emotional was treated by another drug, but rarely counseling and the arts.  I am very glad that Cindy is coming forward to walk in the Gallery and spread awareness about living with depression.  Perhaps her efforts will save a few Freds or help a few Reginas feel free to claim the insurance or type of treatment they need, and finally, we can be treated as "whole" people.
Posted by Regina Holliday at 4:57 AM