I paint in within my kitchen: it is the hearth, the heart, the home.

On the night of June 6th, I painted Christine upon her own linen jacket.  I painted without priming.  I could make no mistake.  I painted her attentive face and piercing eyes.  I painted the face of girl, who is also a mother and she had eyes as old as time itself. 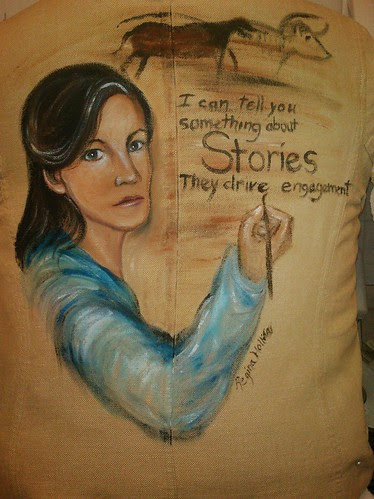 I painted her while surrounded by chaos, as deadlines loomed and children ran and played.  She appeared like sea of calm within that painting, just as she had within my life. 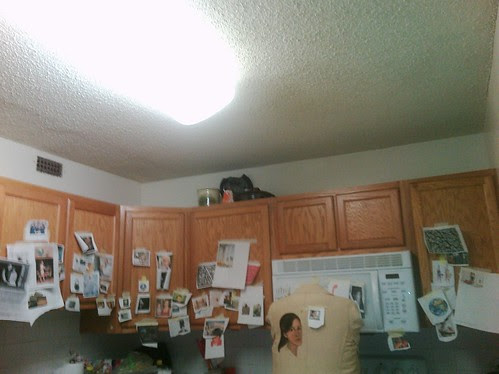 Christine stepped into my path and cemented my future on May 3rd 2009.  I was selling toys on one day out of the three, I worked in as many months.  I felt compelled to talk to her, to tell her that Fred had kidney cancer.  The air around us was electric.  It was meant to be.
We barely knew each other.  I was the nice shop-keep.  She was the nice customer.  We were consequential strangers.
She told me of e-patient Dave.
She told me to get on twitter.
She organized my first Health 2.0 meeting.
She made my 36th Birthday Cake, while Fred lay dying.
She came by hospice and talked with me.
She was there at the first mural.
She blogged one of the first blogs the day after it was placed.
Who would you call in order to talk from the depths of your soul?  Who would you pour out your grief to, your fears to?  I would answer: Christine.
So I painted Christine telling stories, painting stories.  These are stories as old as time, painted in ocher and painted in blood. 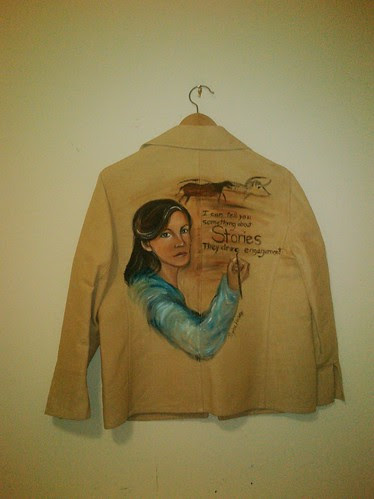 “I can tell you something about Stories they drive engagement, “ so says the oracle Christine.
Posted by Regina Holliday at 9:30 PM