The Birth of an e-Patient

I met Ileana Balcu or @yogileana at HIMSS12 in Las Vegas and I handed her gallery jacket. 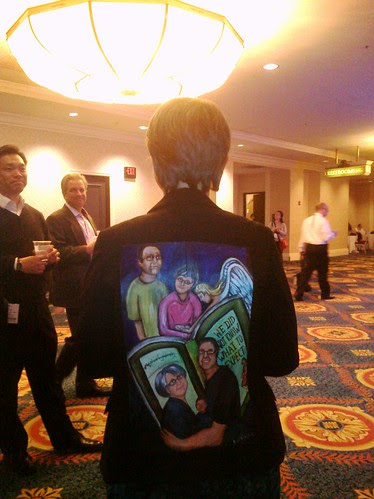 I met Ileana and looked into her kind eyes and held her in my arms.  She sat within my session room all day and never failed to ask the most piercing questions.  She would speak slowly and with great determination and a slight accent. Some might think she and her questions could be brushed aside; after all, she is only a patient. Some might think her soft, yet she is as unbending as steel.
And she is so very brave.
For many years, she wrote a blog called: “Beating Social Anxiety.”  On that blog is post after post of Ileana coming to grips with asking questions in public.  It details the extreme stress she feels when asking questions of simple service personnel, let alone authority figures.
This beautiful soul, always the outsider, was willing to wear a painting on her back depicting worst moment in her life in a room filled with strangers while asking tough questions about healthcare.
This is the patient story of Ileana.
There is a bible of expectation that many pregnant mothers read.  It tells us to avoid caffeine and eat whole gains.  It tells us all about the wonder and joy of carrying a child.  It tells us to avoid reading the back of the book where all the complications are explained.  We should avoid the extra worry that reading will bring unless we already are having problems.
But who tells we are having problems?
Ileana Balcu was nearing her sixth month of pregnancy when her blood pressure began to rise.  Things were said, comments made, but the veiled innuendo of worry did not permeate Ileana’s happiness and denial was easy.  She and her husband were not told to monitor Ileana’s blood pressure or watch for certain symptoms. 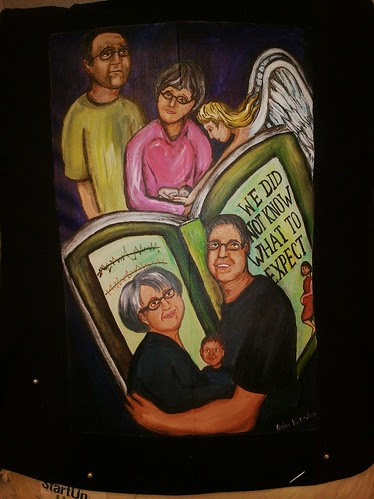 They did not know what to expect.
On Valentine’s Day nine years ago, Ileana’s heart was broken.  Whilst you and I ate chocolates or went to our children’s school parties, Ileana was in the hospital horrified at what the nurse was trying to tell her.  She must deliver immediately as she was suffering from preeclampsia.  Her husband was taken aside and told by the attendee that they would do everything in their power to save Ileana’s life.  At that moment he realized that he might lose his wife and child. 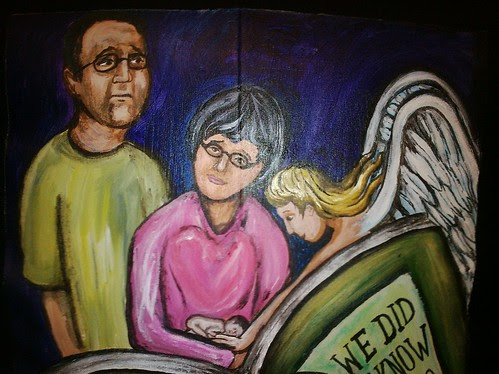 Their little Angel was stillborn at 24 weeks.   Ileana and her husband went home alone without their firstborn son.
In her sorrow, she sought out answers.  She joined a wonderful patient community at preeclemsia.org  She found doctors who specialized in her condition and worked on creating a database of information on early onset preeclampsia.  After three years of research, she and her husband decided to try again as fully informed parents.
They sought out a treatment team consisting of a PCP, specialist and a high rick OB.   Ileana insisted on the best care, often shuttling records herself from practice to practice. She was horrified that often computer systems did not work with one another inside of the same hospital.  She charted her blood pressure and was aware of every nuance of her body.
Robert was born at eight months and now is a healthy and happy six year-old. 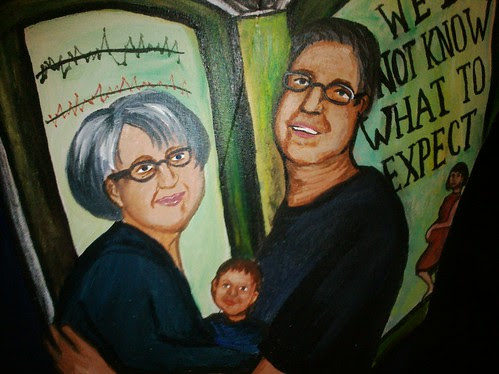 A new Ileana was born as well; she was now an e-Patient.  She had walked through the crucible and came out the other side.  She would spend the next years studying HIT and defeating her social anxiety so she could advocate for others.  She would do everything in her power to stop the suffering.
She would blog.  She would tweet.  She would stand before us all asking such powerful questions.
Yes, Ileana is so very brave and we are all blessed to know her.
Posted by Regina Holliday at 4:37 PM