I am a Kaiser Member

I often speak at conferences and hospitals throughout the United States about the care my husband received at 5 facilities in the 11 weeks he was hospitalized. And as the day progresses, I speak about my current experiences as a KP member. Some folks ask me if these things happened to my husband occurred while we were with KP. I tell them no, but because of them I joined Kaiser.

When Fred died we lost his insurance. Cobra payments were over $1,000 per month so I began to shop the private insurance market. I went with KP because they had a patient portal. 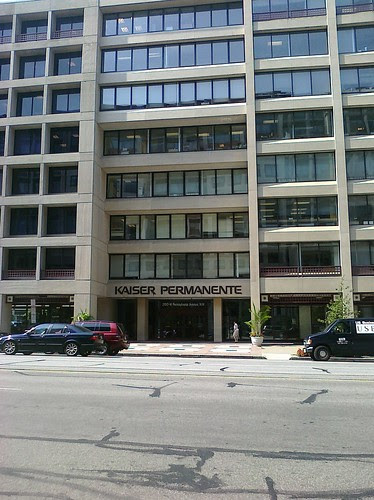 Last summer we had our first KP check-ups at West End Kaiser Permanente. It was an amazing experience. When I called to schedule our appointments, I spoke to a delightful lady at the appointment desk that gave me many choices of which days we could come in and never put me on hold. She then scheduled my labs before my appointment so I could discuss them with the doctor on the day of the physical. The labs arrived to My Health Manager patient portal and I saw them before I saw my Doctor. When I got to the appointment, the doctor was not rushed and he answered all my questions thoroughly and went through my lab results with me. Before I left the office, they made sure I scheduled an appointment with an ob/gyn as well.

The real exciting stuff happened during my son’s appointments. In the past I dreaded changing our doctor, as I would have to get the shot records and I knew the old practice tended to charge for a records transfer. KP said not to worry; they had already pulled the shot record out of the District of Columbia database. Also, I dreaded having to get school forms filled-out as that was a $25 charge per form. There was no charge for that at KP.

My four 4 year-old son’s appointment went extremely well. I was so proud of him as he told the nurse the symbols on the eye chart. I was especially pleased when he called the blue cross symbol the “hospital thing.”

When my 11 year old, began his appointment, we discovered a record error. KP had only pulled the District Shot records and since he attends Ivymount in MD they did not have his entire record. The doctor told us we need to take some labs and we should get the record and bring it in. I scheduled the lab appointment and got a copy of the shot record to drop off.

My eldest son was very stressed out about the lab work. We had rarely been able to take blood in the past without a major episode as he is on the autism spectrum. The lab tech at West End KP was very kind and helped him work through his fears. When we went upstairs to drop off the shot record, we were surprised that the nurse said we could do his needed immunizations right then and did not have to make a follow-up appointment. I was astounded and my son was scared.

I find with spectrum children it is very important to prepare them for what is coming next. In the past it had required 4 adults to restrain my son while giving him his shots. It was always traumatic. But something beautiful happened at West End KP.

The Doctor leaned over and looked my son in the eye and she asked him what could be done to make this experience less stressful. He looked at her a moment and said, “I like the feeling when that (blood-pressure) cuff hugged my arm. Maybe if it hugged my arm, while you gave me the shot it would not be so bad.” The doctor smiled and agreed they would try that. The nurse walked quickly away and rolled a vitals tower with pressure cuff into the room. They placed the cuff on his arm inflated it and gave him the shots.

It was over in seconds and my son’s face shone as bright as the sun, as he smiled and looked at me exclaiming, “It didn’t hurt Mommy, it didn’t hurt!” He was so proud and so was I. This had been the best doctor’s appointment he had ever had. And it had turned out so well because of a doctor who was willing to ask a question and to listen to the answer.

That, my friend, is patient centered care. Posted by Regina Holliday at 8:58 PM