It was the day before The Walking Gallery and I still needed to paint 15 jackets.
On evening of June sixth my apartment was in total disarray. I was painting in the kitchen.  My friend Courtney Mazza was painting in the living room and children were running back and forth occasionally screaming for toys.  In the midst of this chaos, I heard a knock.  I thought might be the take out we had ordered, but no it was Bob Filley, Anita Samarth’s husband.   He currently works in Commercial real estate, but he majored in fine art.  He had offered weeks before to paint, and here he was in the 11th hour.  He stood before me in the hall wearing a nice suit and lovely cotton shirt.  Behind me the room erupted with the jealous squeals of small children.
“Is it a bad time?” He asked.  I practically grabbed him out of the hallway.  “NO, it is not a bad time we would LOVE it if you could paint a jacket or two, or three.”  Bob looked around the chaos of the room, and carefully removed his jacket and nice shirt.  He stood in his t-shirt at my dining room table and began to paint.  He painted e-Patient Dave. As he painted I explained the life of e-Patient Dave.  I told him of Dave's Advocacy

And I told him of Dave's history of fighting cancer:


The Man Who Lived

It was amazing.  Have you ever scene that scene in a war movie where the bullets seem to be flying by the hero in slow motion while he bravely soldiers on unfazed by his surroundings?   That was Bob. 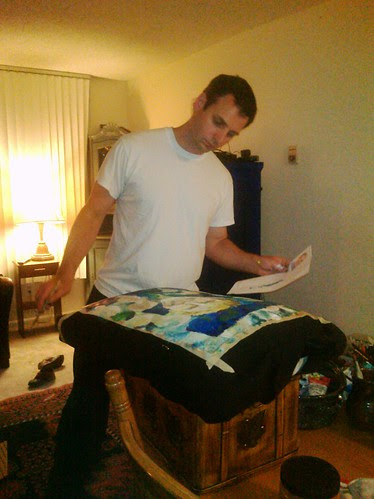 And he painted such a joyous Dave.  This is Dave De Bronkart’s Jacket by Robert J. Filley. 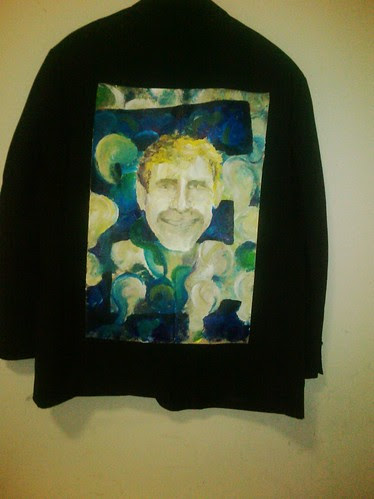 I love this jacket.  Bob filled the back ground with a series of descending kidneys.  He then began using sunshine tones to build up the smiling visage of Dave.  Using a wet into wet technique often used by oil artists, Bob built layer upon layer of wet paint into the shinning countenance of e-Patient Dave. He then worked a deep blue capital “E” into the background of the piece.
Upon my table lay a piece of impressionistic fine art.  Bob finished Dave’s painting looked up and said “Next.”  Bob would finish two more jackets, before succumbing to exhaustion later that evening.
Dave loved the jacket and l wore it throughout The Walking Gallery.  But Dave and I go way back, and often it seems our stories are twined one within the other.  So, I painted Dave an additional jacket.
This is “Meeting e-Patient Dave.” 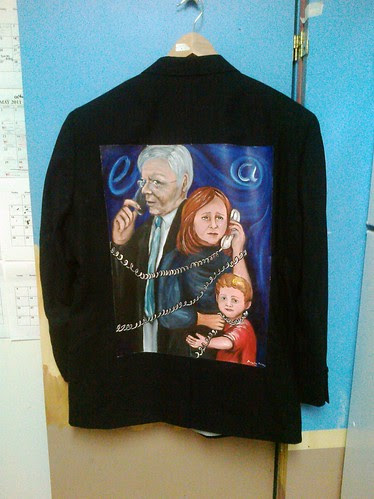 I met e-Patient Dave on May 4th 2009.  I went on Twitter for the first time on May 3rd, and wrote my first tweet: “I am trying to talk with Christine Kraft and epatient Dave.”  By the morning of May 4th Dave had found me.  He sent me emails throughout the day as we exchanged details of my husband’s cancer care.  Within each missive he seemed more and more concerned. By that evening, I was talking with Dave on the phone.  By that night I was speaking with Dave’s own oncologist.


It was such a sad night.  As I talked with Dave I was making macaroni and cheese for dinner.  My three year-old Isaac was constantly wrapping his arms around me as I cooked and tried to talk.  The poor little boy he was so starved for time with Mommy in this the eighth week of his father’s hospitalization. 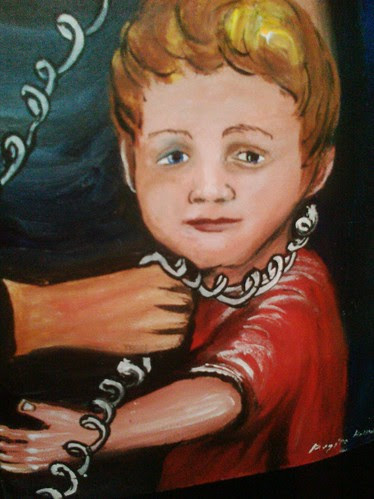 And as I danced around the kitchen balancing both motherhood and patient advocacy, the phone cord spiraled around us both.  As I recounted horror after horror to Dave, I looked down at my phone cord bondage.  It seemed like I was being embraced by hundreds of little “e’s.” 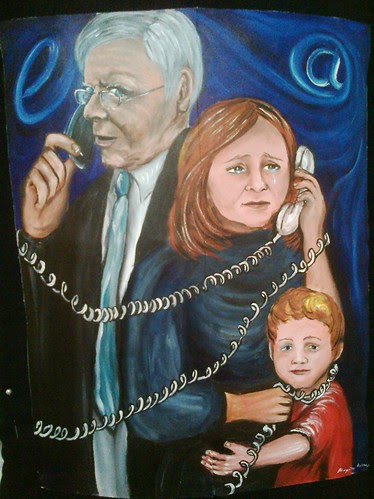 That was an important night.  That night I learned about the term e-patient.  I learned about ACOR (Association of Online Cancer Resources).  I had been doing research for eight weeks but had never found ACOR.  I would converse via email with the list founder Gilles Frydman and would see post after post from people across the world fighting kidney cancer.
And I learned from Dave’s Doctor that soon it would be the end, sometimes there is nothing that can be done. Sometimes it is too late.
So much happened on May 4th 2009.  I stood within a kitchen wrapped within a cord of old technology whilst embracing the new.  I became an e-patient.
And two days later I would create a blog called “Regina Holliday’s Medical Advocacy Blog.”
The weeks would pass and Fred would die, but I have never stopped talking with e-Patient Dave.  We are twined together because of Kidney cancer.  His story is light and ours is dark.  But both stories are so very important. 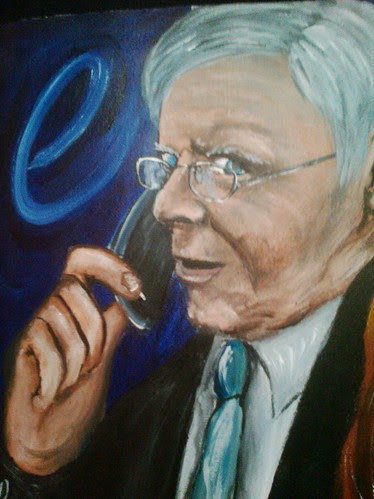 So Dave has two jackets: one light and one dark, because to create great change within the culture of medicine we have to accept them both. 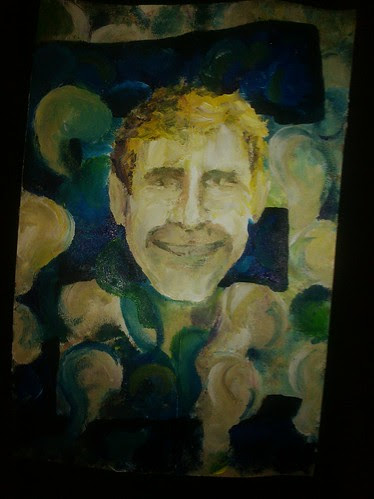 Not long ago Dave gave an amazing TED speech and it caused a lot of ripples in patient advocacy circles.  A few of those who felt those ripples emailed me and told me, "You should really meet this guy called e-Patient Dave."