I Grok In Fullness

On the night of September 17th 2011, I pulled an all-nighter in New York while painting in a silent library. My friend Manny Hernandez had asked me to join with several other artists to paint about Non Communicable Diseases during the UN Summit. 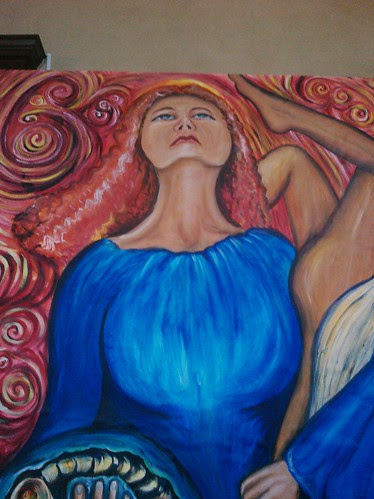 I met Manny during a Health 2.0 event over a year ago and we recited poetry about sickness and death over cups of coffee and conference snacks.  He would tell me of his advocacy in the diabetes community, and months later I would ask him to join The Walking Gallery.
He would join us in spirit but could not leave the west coast to attend our event.  A friend of mine named Pete Wright wore the jacket as a proxy on June 7th at the KP Center.
The Jacket was called, “Acceptance.” 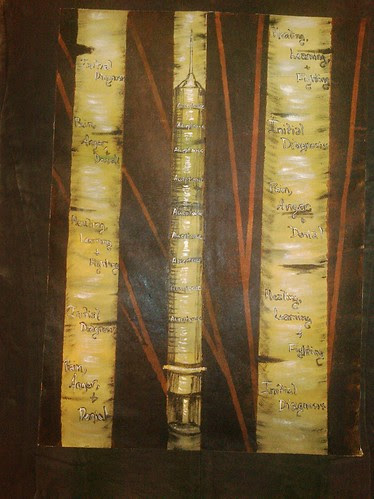 This jacket is a close up and personal view of a forest.  The trees camouflage an insulin shot.  And a litany is etched upon the bark of those trees: “Initial Diagnosis: Pain, Anger Denial.”  This is followed by “Healing, Learning, and Fighting.”  Then finally we reach “Acceptance, Acceptance, Acceptance….“ 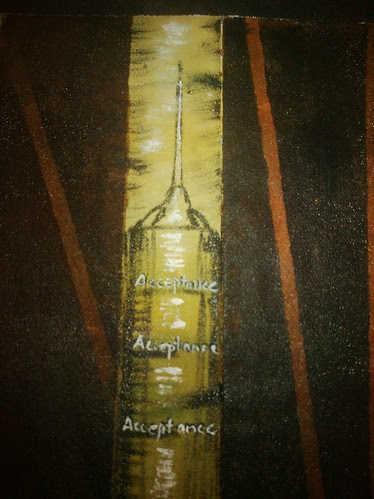 It is a simple jacket design that describes an amazingly painful journey.
So, I would paint for this poetic soul.

I began at 11: 17 pm after a full day of work running a Street Fair in DC followed by a long train ride to New York.  A friend of mine named Mary Welch Higgins, who is an artist member of The Walking Gallery, was painting and so were a few other artists.  The night wore on.  Most of the artists abandoned their canvases and went to bed.  Manny’s wife Andreina and I stayed to paint. 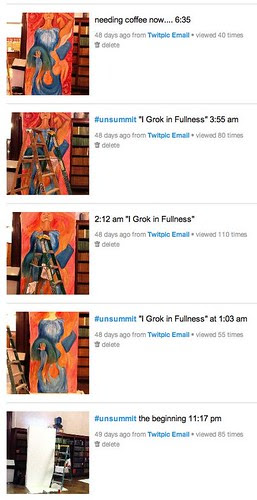 This painting addressed two diseases that have deeply touched my life: Cancer and Diabetes.  I lost my husband to Cancer and my father died after going blind from poorly maintained diabetes.  I am acutely aware of the stages of grief that lead to acceptance in these diseases.
So I painted this: “I Grok in Fullness.” 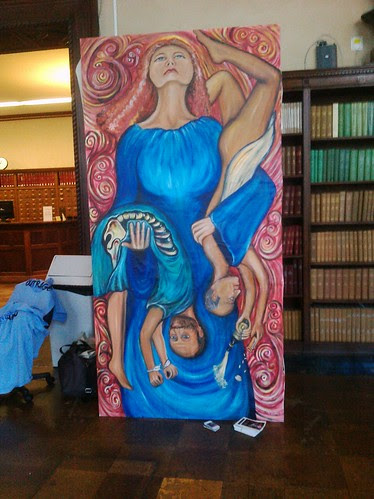 In this painting the background is bright and fiery,  red swirls of color spool into kidney shapes.  An eight-foot tall goddess or angel is poised as if to leapt from the canvas.  Her head is thrust back and her countenance stern as her eyes pierce the heavens.
My husband Fred dangles from her right arm.  He is as loose and flexible as a small child.  We can see beyond his gown into a spine wrecked with bone metastasis.  He has kidney cancer, or RCC (renal cell carcinoma) as they like to say in the cancer communities. 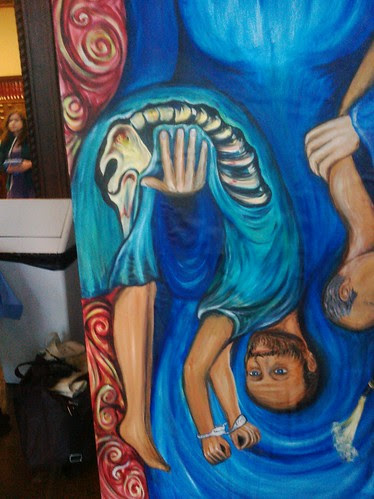 I don’t use the term very often, for what does RCC mean to the average patient?  Perhaps it is only some letters written on my painting ladder.  I am sure RCC means a very different thing to the custodian of this building. 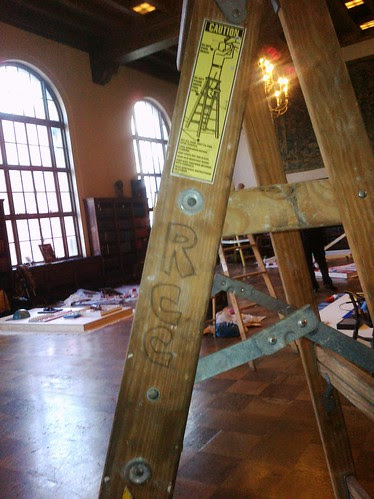 So, my sweet Fred dangles with his bones laid bare and he looks at you. His upside down face is filled with the acceptance preceding death, whilst his hands are bound together in hospital bracelets.

He understands that it is time to fly.
On the woman’s left arm an older man flails like a toddler who is reaching for a lost toy just as a parent sweeps him up.  But these toys are his undoing.  For this is my Father and he did not have to die so soon.  But pills and beer and diabetes do not good company make.  So as the years went by, my Father would lose his health, his sight and his life to a poorly maintained medical condition. When it became too late and his shunt would fail, he would die alone.  When the nurse called with the news that the shunt had failed, we would not know that meant drop everything and come.  We did not know.  He was our Father, good or bad, and he should not have died alone.
On this night like so many in the past, I pulled an all-nighter with Fred.  I looked into his eyes again and I groked in fullness.

If you have read Robert Heinlein’s “Stranger in a Strange Land” you know the meaning of the phrase.  I sometimes hear it tossed about in a cavalier fashion by my tech geek friends.  But it means something so very powerful.  To grok in fullness you must embrace that which you do not understand, absorb it fully, become one with it.  And only then can you hate or love a thing. Only when you know it better than you know yourself.
Yes, I grok acceptance. 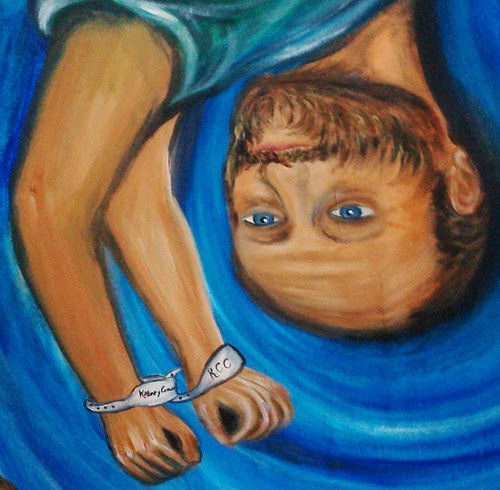 Posted by Regina Holliday at 11:08 PM