Midnight in the Courtyard of Zweena

I heard of Zweena over a year ago.  (It is a rather novel concept in the world of the PHR: personal health record.) But I recently became more acquainted with its founder and CEO John Phelan.  We talked briefly at the Microsoft Connected Health Event in the spring.  That was months before the Walking Gallery was a concept let alone a reality.  I ran into him again at Health 2.0 San Francisco and he was open and talkative and very excited about patient access to the electronic medical record.
I liked that he had no fear of talking to an artist painting in the middle of a crowded room filled with 1,000 HIT enthusiasts.  He told me a little about himself and I invited John to join the Gallery.
John, like many members of the Gallery, had to do something to change the method of patient care once his life collided with this dysfunctional system.  John watched his mother die at the age of 63 from breast cancer.  She had put off getting her mammogram and the delay in diagnosis killed her.
He watched his five year-old son suffer from pneumonia in the ICU for a week.   He guided his Father through transfer after transfer in hospital settings.  And all along he saw how important it was to have access to the medical record.    He founded Zweena out the angst of that frustration.
This is John’s Jacket: Midnight in the Courtyard of Zweena. 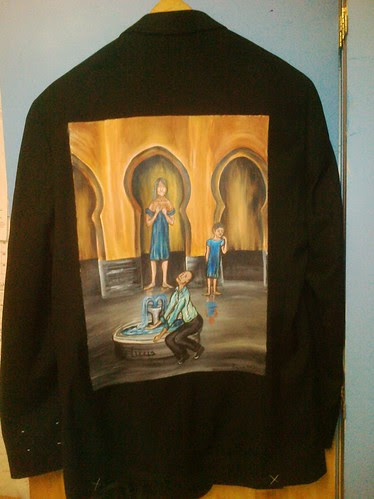 This painting is set within a Moroccan courtyard because John spent two years in Morocco when he was in the Peace Corp.  He spent those two years running a home for boys with Polio.
In this painting, a concept of John’s Mother stands in an archway wearing a patient gown with her hands clasped before her breasts.  Her face is filled with uncertainty about the path to come.  She is placed in a doorway between worlds.  Half in shadow half in light, she is preparing for her journey. 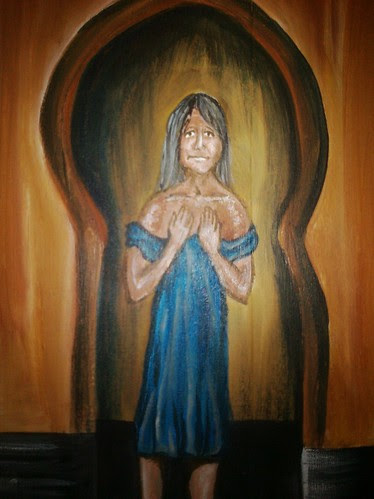 To her right a small boy stands trying to repress the racking cough of pneumonia.  He seems so small and thin. 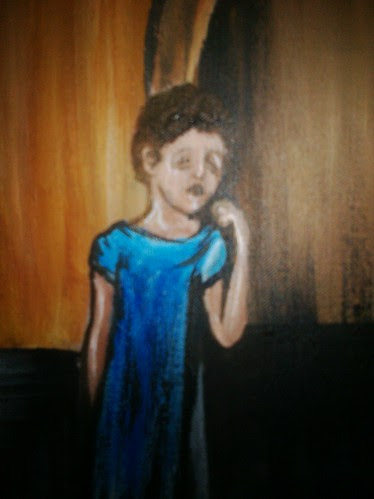 Slightly to the left sits John upon the courtyard fountain.  He is trying to scoop up the water/data with his bare hands whilst his mind is fraught with worry. 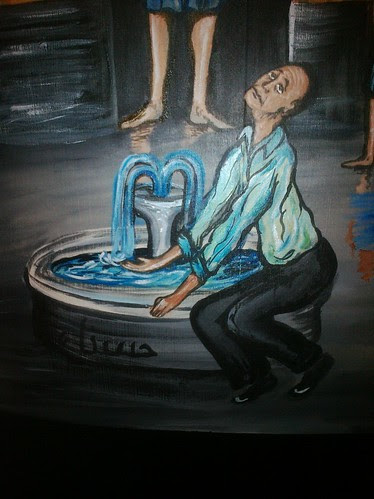 He needs help.
Under the shadowed lip of the fountain one word is written in Arabic: Beautiful = Zweena.
If you walk down the outside street, the house that holds this courtyard is plain to the public eye.  No one would know about the beautiful garden courtyard within.  These courtyards are an important part of Moroccan architecture.  This is the space that opens to the public and allows the private family rooms to remain pure without trespass.
And that is what Zweena is.
It is a PHR that gathers your records for you.  It is the space that allows public and private to meet in peaceful understanding and that is beautiful. 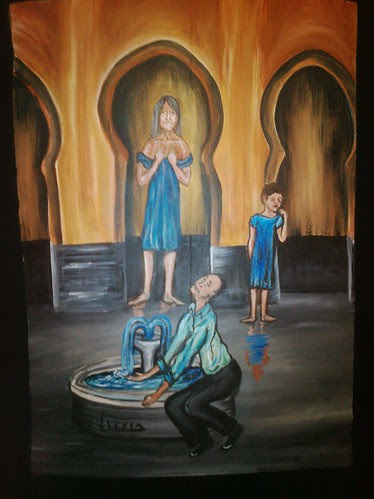