Many of you know me through my work in medical advocacy via writing, speaking or art.  But a few of you know me as Reggie, the red haired gal who worked at the toy store Barston’s Child’s Play for 12 years.   Every Christmas season since Fred died, I have come back and helped out during the holidays.  I slip back into my role in retail sales, with a little comfortable sigh.  It feels like slipping into a favorite comfortable shoe.  This is the job I have done most my adult life. 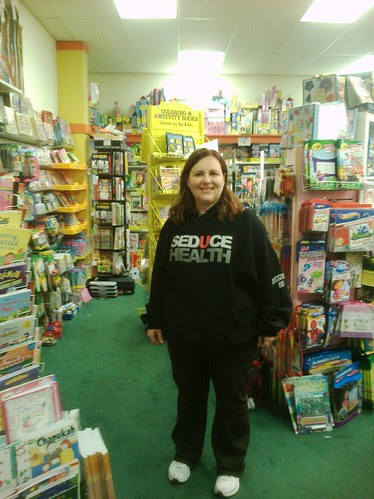 My current job as a patient advocate can be scary.  I fly to places I have never visited to speak to people I have never met.   I then pour out my soul using a paintbrush and a voice.  I think all those years at Child’s Play prepared me for the work I do today.
It is the holiday season and people come into the store with lists of the hottest new toys or with a copy of The Washington Post gift-giving guide in hand.  And they ask us “Do you have this or that?”  Often our answer is: no.  We tried out that toy and it was not good enough to meet our standards.  It did not have enough play value or it was poorly designed.
I wonder what people would think about a headline that read: “Top 10 Surgeries this Christmas.”  I hope they would be aghast.  I hope they would not pick a surgery merely based on its popularity.  Yet, people often pick toys this way and it makes as much sense.
See, Child’s Play is a specialty toy store.  We ask you questions, we suggest products based on a child’s interest, age and ability.
I chuckled at @midewifeamy or Amy Romano’s Facebook status line the other day:
“My goal this year is to choose holiday gifts for my kids that will make them really happy and bring them joy, and that are not gross mass marketed garbage. I'm OK with popular toys but I think they should be popular because they're really fun or engaging. So, share your favorite gift ideas for 5-7 year olds. I need ideas.”
Amy is my kind of customer, she is asking for a toy that is a good fit for her children.  She is as much an informed consumer as she is an informed advocate.
Yes, years of working at Child’s Play taught me many things.  It taught me how to listen.  It taught me how to gather information and prescribe just the right toy.  And it taught me how to have hard conversations.
Recently, I posted a blog about Engage with Grace, living wills and end of life.   That post was cross-posted by Disruptive Women in Medicine.  Whilst looking at the cross-post, I read another article by Randi Kahn, Amplify team member, on palliative care, end of life and the barriers that prevent providers from having hard conversations with their patients.

In response to the article, I thought of Child’s Play and specifically Steven Aarons and his wife Simmie Kerman who are the store managers.  I thought of the many years they modeled how to have such conversations and gave the space and time to allow all of us to address these traumatic moments in a life. 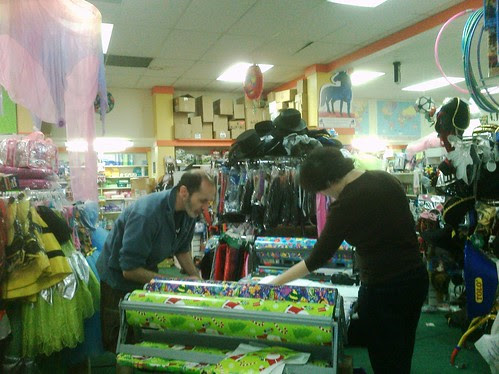 A lot of our toys are used by occupational therapists, speech language therapists and child psychologists, many of these professional refer parents to our store.  We also get referrals from local private schools and testing services.  We often help customers in the moments after they have been given the devastating news that their child has a learning disability, sensory integration dysfunction or autism.
We gently show them potential choices that might help with therapeutic play.  During these consultations, I have often helped a customer for over an hour even though they only buy a few items.  The parent often needs the conversation more than the toy itself.  It is hard but it so worth it.  It is such an honor to help people at such a point in their life.
Sometimes no one has told the parent why he or she was sent to buy such toys.
Sometimes we have to have the hard conversation.
I will never forget the day I helped the young mother.  She came in with a list of toys to help practice for a test to get into a new school.  I began to ask her what she meant by practice.  She informed me that her child had been tested so he could get into a private grade school.  The testing proctor said his scores showed “scatter.”   And the child could try again in two years, and meanwhile he could practice.  I looked upon the list of toys.  It was an amazing sale, if she purchased it all, the sale would total well over $500.00 dollars.  My eyes scanned the list again and I began to grow concerned.  This wasn’t a prep list for the child of an over-achieving helicopter parent.
This was a very specific list.
Then I began to ask questions.  “When your child was small did he spin wheels?” She nodded her head.   “Did he talk early or was it a little later?“  “Later,” she said.
“Did he or does he still have an interest in just one topic like trains, insects or dinosaurs?”
She smiled at me and nervously nodded, “Yes!  He loves trains and talks about them all the time.  He has for years and he has every Thomas the Tank Engine train ever made.”
I looked down at the list again, took a deep breath and then looked into her eyes.  I looked into eyes that seemed frozen in a moment, balanced on a tipping point.  Her eyes were brimming with emotion and the tears were held at bay because I had not asked the final question.
“Do you think your child might have autism?”
Then the floodgates flooded opened, and she began to cry.  “Oh, I do. I do, “she sobbed.  “But no one ever says it.  What will we do?”  I took her hand and told her I understood.
I did not sell a lot of product that day, but that was not important.  It was more important to help this lovely woman, and to have the hard conversation that she had been denied.
The other day I tweeted “The problem with medicine is not that is run like a business, but that it run like a bad business.”
When I began medical advocacy, I began it with the same sense of outrage as Alex Fair before he created FairCareMD.  I painted about how Fred was treated because he was treated so poorly.  What good business would treat customers so?
If you walk into Child’s Play, within moments you are greeted.  If you do not immediately ask for help and receive guidance, you will subsequently be asked by every other staff member if you would like help or if you are finding things alright.  We will guide you through the entire store showing age appropriate choices with honesty and candor.  We will wrap your presents at no charge and help you carry your large purchases to your car.
Juxtapose 12 years of that kind of service, to our eleven weeks hospitalized.
Imagine if you will the nice lady from the toy store waiting at a nursing counter begging for a thermometer for her feverish husband and being denied.    Imagine a clerk that had maintained and helped install a point of sale systems begging for access to the electronic medical record.   Visualize my surprise at being mistaken for a new staff person by the ambulance transport crew as they picked up my husband from the rehab facility.  I had greeted them at the door, guided them to my husband’s room and helped with the body lift.  They were so happy I had been “hired.”   They had never been greeted before or even made eye contact with the front desk staff, without waiting a considerable time.
I am glad I get a chance to work at Child’s Play this Christmas season.  It reminds me all the more of that the high bar I have set within the world medicine is attainable.
Posted by Regina Holliday at 6:11 PM