When I was a very little girl, I had a favorite book.  It was called Best Loved Nursery Rhymes and Songs published by Parent’s Magazine in 1973.  It is filled with a cacophony of artistic styles and classic, if somewhat terrifying, nursery rhymes.  I know this book has affected my style as an artist.

I loved the book so much that I even drew one of my first pictures on the inside cover.
This is “Inside the Beauty Shop” by Regina at four years of age. 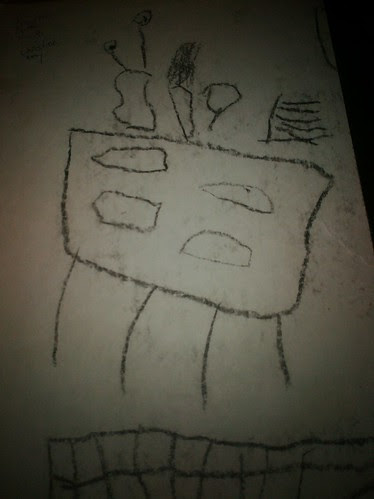 Yes, I loved this book and it informed me as an artist and as a writer. It also reinforced some primal fears at a very young age, because I am scared of some of these pictures to this day.
And one of those disturbing pictures is the Crooked Man. 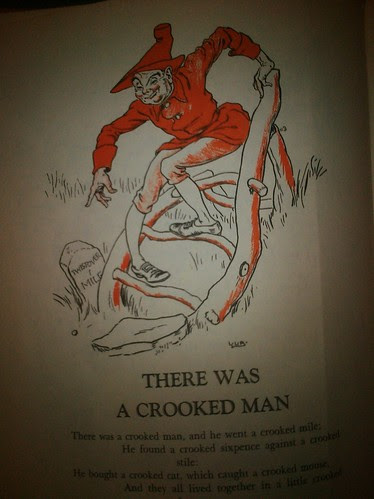 I worry for the man.  How will he live, how will he walk the crooked mile?  And perhaps I should ask Brian.
Do you know Brian Ahier?
He is a Health IT evangelist.   I first knew him as just @ahier on twitter.  I began following him on June 1, 2009 sixteen days before Fred died.  We commented back and forth on Facebook and twitter, discussing Health Reform, transparency and Meaningful Use throughout the next year.  On June 13th 2010, I had the honor to present the patient view on Meaningful Use at the announcement of the final rule.  The Department of Health and Human Services posted the entire 53 minutes of the announcement on to its YouTube channel.  But Brian was so kind that he parsed out my 5-minute speech and posted it on his account.
A few months later on October 18, 2010, I met Brian in person.
We were both invited by OA systems to give a speech in Chicago on Meaningful Use.   He gave an incredibly good speech before the crowd.  I especially enjoyed the Q&A session as we bounced the questions back and forth between us.
Almost a year later I would see Brian again.  This time I would see him on his home turf in Oregon at AIM 2011: Innovating for Healthy Oregonians.  Once again he was an amazing speaker.  And after his speech we had a chance to talk and he decided to join The Walking Gallery.  As he handed me his jacket he told me his personal patient story.
This is Brian’s jacket a “Living Wage.” 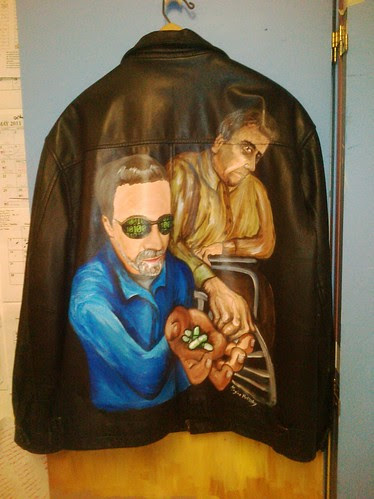 See, I know Brian the amazing thought leader on HIT.  But there is another Brian.
There is a Brian who had to watch his mother die at the age of 61.  He and his siblings had to watch bungled transitions of care, had to try to parse out the real intent of a living will sparse on detail and had to do that without destroying the heartstrings of a family.  He watched all the problems that could happen within the system medicine be played out on his mother, and 15 years later he is still seeing the same problems.
So this is the Brian that has watched his mother suffer and it is also a Brian that suffers too.
Brian has Psoriatic arthritis.  It manifests with symptoms of painful swollen joints and the sausage-like swelling of fingers and toes.   Brian is very fortunate; he has a job that provides health insurance that covers the expensive drugs needed to keep his disease in check. 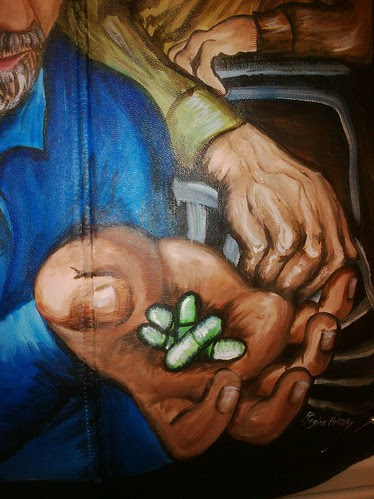 I cannot image a world with Brian’s twitter voice silenced, because of fingers so swollen and painful that he can no longer type.
But such a world could happen.
Brian shared with me a realization.  He met a man, a lovely man, with children.  And this crooked man had swollen and twisted fingers and he sat in a wheel chair because of extreme pain.   Then Brian found out why.  The man had Psoriatic Arthritis just like Brian, but he could not afford the medication Brian took. 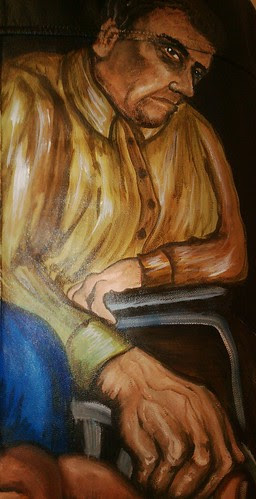 Brian translates code and arcane legislation into workable language.  He reads hundreds of pages about Meaningful Use and reflects that to us in a code we can understand.  We are blessed that he has this talent, because with it he pays for the medications that make his life livable. 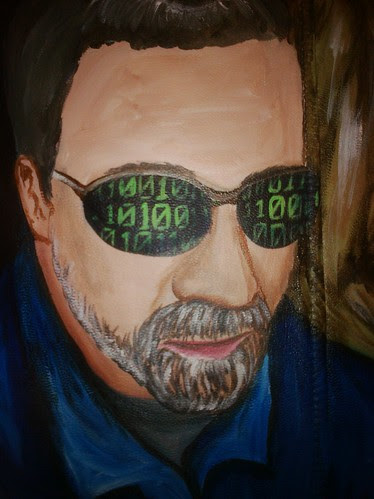 Brian has a living wage, and with it, Brian is using the days of his life to better us all.
Posted by Regina Holliday at 11:19 AM

Email ThisBlogThis!Share to TwitterShare to FacebookShare to Pinterest
Labels: Brian Ahier, Meaningful Use